Is it because of the Tesla Model X's temporary absence?

Audi has noted an incredibly good first quarter in the U.S. this year, as its result improved by 33% year-over-year to 54,840.

Not only that, the all-electric car sales hit a new quarterly record of 4,324, which is 153% more than a year ago and a very good 7.9% of the total Audi volume.

The first noted 3,474 deliveries, 103% more than a year ago, bringing the total number of e-tron in the U.S. to almost 15,000. The e-tron Sportback noted 850 units in its third quarter of availability, which indicates that it's a significantly less popular version.

Anyway, Audi is on a rising path. We might wonder whether it has something to do with the temporary lack of Tesla Model X on the market - one of its major EV competitors in the U.S. (Tesla is refreshing its flagship models, so customer deliveries almost stalled).

This summer, Audi intends to start sales of its all-new all-electric model, the Audi e-tron GT (a cousin of the Porsche Taycan), which in the long-term will be followed by the Audi Q4 e-tron and Audi Q4 Sportback e-tron.

With the gradual expansion of the EV lineup, we guess that sooner than later, every 10th Audi sold will be fully electric. The Q4 BEV will be probably the key to increase the electric car volume. A noticeable share might fall also on plug-in hybrids. 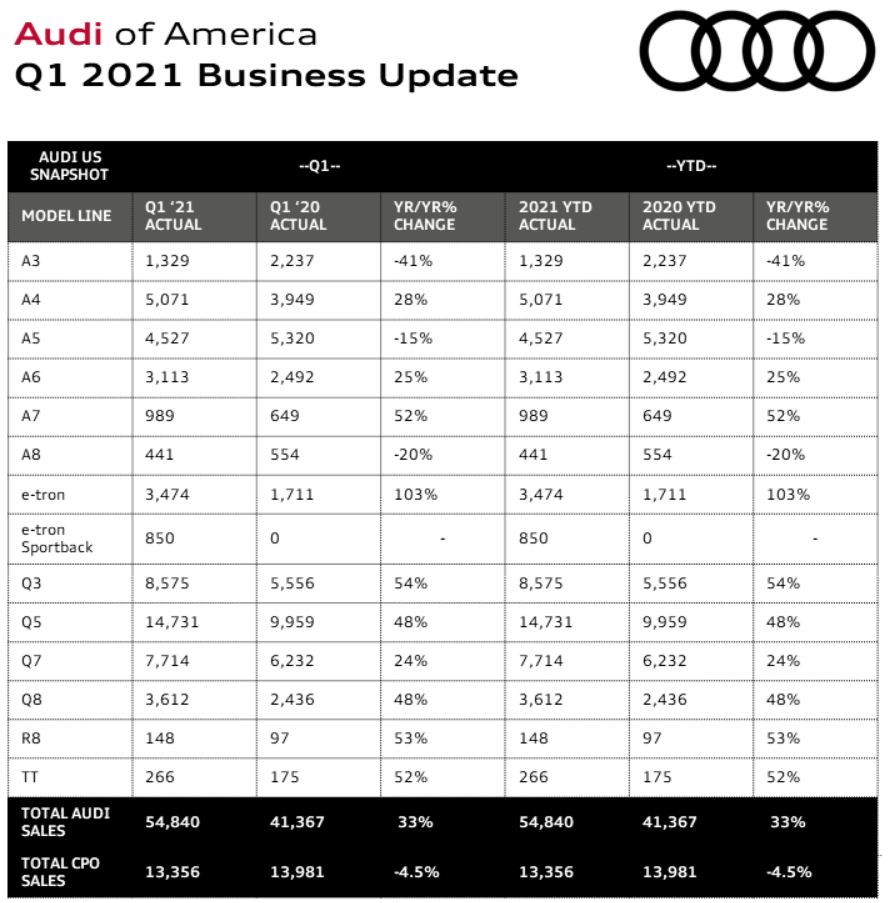