Yet, Bob Long thinks EVs are still being delivered half-baked.

On February 6, 2021, we told you about Jarle Kvalheim's text for Tek.no. The Norwegian writer was fed up with half-baked electric cars. He felt that Norwegian drivers were paying to be EV guinea pigs when all they wanted was a car without issues. Bob Long, from the MrLongraphics YouTube channel, agrees with Kvalheim even after getting almost 50 percent more range in his Mazda MX-30.

By coincidence, we wrote about Long’s experience with his Mazda on February 5, 2021. He shared cold weather issues with his EV and complained about the Japanese company’s strategy to rely on a range extender to make its B-segment crossover more than a city car, with minimal range.

After an update to the PCM (Power Control Module), Long’s MX-30 went from 147 kilometers (92 miles) of range without heating to 217 km (136 mi) in the same conditions. That’s a 47.6 percent improvement. Unfortunately, the range is dropping despite warmer weather in Norway, and Long currently gets 194 km (121 mi).

Despite the range improvement, the youtuber feels the car still has more glitches than it should. Preheating the battery pack takes 7 km of range even if the MX-30 is plugged-in. Long mentions it only draws power from the charger below -15ºC (5ºF) when it should do that all the time.

He compares that with his Hyundai Kona Electric, and it only loses 1 km of range. It is worth remembering the 64 kWh battery pack in the Kona takes it much further than the Mazda with its 35.5 kWh unit. 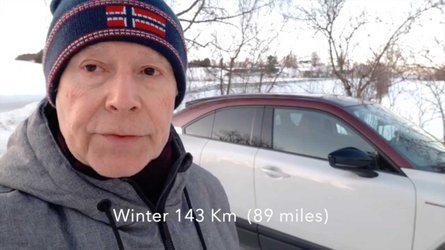 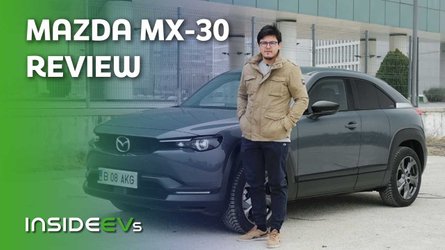 There are things Long loves about the car, such as its head-up display and the LED headlights, which he classifies as the best ones he has ever seen in any car he drove. However, the range issues, a door rattle, error messages, the problematic traffic sign recognition system, and even the climate control – clearly designed for right-hand-drive cars – are things that make Long wonder if he would buy the MX-30 knowing all he currently knows about the car.

Above all, what really disappoints him is feeling that he is testing the car instead of Mazda’s engineers. Like Kvalheim, he thinks EV customers deserve better even if most know they are first adopters. Long’s recommendation is for people to wait for more mature products.