Tesla China Gigafactory Appears To Be Acquiring Over 100 More Acres

Reports point to a deal to secure more than 100 additional acres for expansion.

Despite skeptics and plenty of challenges, Tesla constructed its Gigafactory in Shanghai, China in record time. It proved the same speedy work for Phase 2, which is the area devoted to the Tesla Model Y electric crossover. However, Tesla isn't done yet. Recent reports point to a new deal to secure another massive plot of land for further expansion.

Reports related to Tesla's energy business in China uncovered a land rights' transfer announcement that was filed for new energy vehicle manufacturing. While the filing doesn't actually list Tesla by name, the ~114-acre parcel of land is right next to the Shanghai Gigafactory. According to Global Times (via Electrek):

A plot of 461,142 square meters located within the Lingang heavy equipment industrial zone was transferred for the use of new-energy vehicle manufacturing with the investment intensity of no less than 14,925 yuan per square meter, a land transfer announcement on the official website of Shanghai land market showed on Monday.

This comes as no surprise since Tesla has already announced plans to expand capacity at the site in the future. The automaker is already running out of space as it works to increase output to some 450,000 cars per year. The current output sits around 250,000.

Strong market demand for the Tesla Model 3 and Model Y in China, as well as the benefit of exporting vehicles from the factory, suggests that expansion is imminent. Not to mention Tesla's plans to produce a new $25,000 vehicle in China, which it will sell globally.

Aside from a dedicated area to focus on the new $25,000 compact car, Tesla could use the plot of land for several purposes. Tesla is also planning on producing its own battery cells in each of its markets. It has plans to build facilities for its own 4680-cell development and manufacturing. Moreover, Tesla's energy business could benefit from expansion in China as well.

This is a developing story. When and if Tesla provides official details, we'll share them with you in InsideEVs. 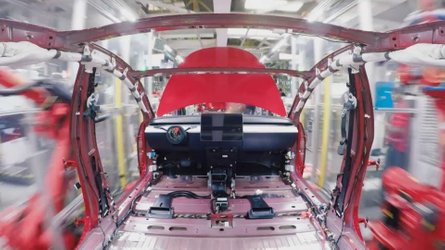 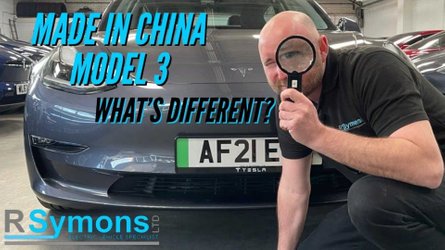 Tesla Model 3 Made In China Vs Made In US, How Do They Compare?