That’s what a new study revealed.

All people that try to bash EVs focus on mining and carbon emissions on battery pack manufacturing. After being debunked multiple times on their allegations about carbon emissions, they now prefer to argue that electric cars use more raw materials than ICE vehicles. T&E (Transport & Environment) helped correct that as well: it is right the opposite.

After all, oil is also raw material. And combustion-engined vehicles burn 17,000 liters of gas or 13,500 liters of diesel through their lifetimes. If stored in steel barrels and put one on top of the other, that would lead to a 90-meter structure, as tall as a 25-story building. If it was stored in a single steel drum, it would be 4 m tall and have a 2.3 m diameter.

The study could have mentioned how many crude oil liters are required to make these many liters of gas and diesel. However, that would also require measuring how much spodumene, sulfide and laterite ores, and cobalt ores were needed to produce lithium, nickel, and cobalt.

Considering a liter of gas can weigh around 0.75 kg, and a liter of diesel weighs around 0.86 kg, an ICE vehicle can burn 12,750 kg of gas and 11,610 kg of diesel. An 85-kWh battery pack can weigh around 550 kg, already just a fraction of the fuels combustion engines can burn. On top of that, batteries are recyclable.

This is what T&E used to make the comparisons. While an ICE car spends more than 11 tons of raw materials along its lifecycle, an EV will only consume 30 kg and be equivalent to a soccer ball in size. That’s the quantity of metals that are not recoverable from recycling processes nowadays – and they can still improve.

T&E believes that, by 2021, Europe will already produce enough batteries to meet internal demand. As the years go by, the continent will manufacture more cells than it needs, which will help it to become less dependent on oil imports. 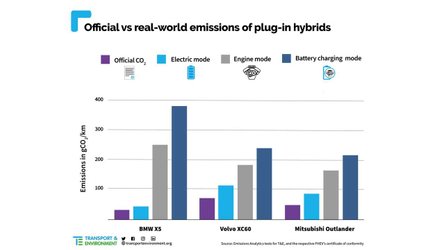 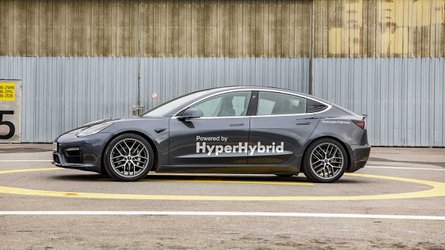 The good news is that, according to T&E, batteries will need half the lithium they currently need in ten years. Instead of 0.10 kg/kWh, cells will need 0.05 kg/kWh, which implies we’ll be able to do double the number of battery packs with the same amount of lithium.

When it comes to cobalt, they will need only 25 percent of what they currently use – from 0.13 kg/kWh to 0.03 kg/kWh. Nickel-rich batteries will make the demand for this metal drop by only one-fifth: 0.39 kg/kWh instead of 0.48 kg/kWh.

Reuse, reduce, recycle are just part of the attitudes that will make EVs much more sustainable than ICE cars: there’s no way to recycle gasoline or diesel. Apart from that, electric vehicles are much more efficient machines, and they pollute less even in Poland, the country with the dirtiest electricity supply in Europe. According to T&E, they emit 22 percent less carbon than a car powered by petrol in that country.