VW will soon have early solid-state engineering cell samples to test in its electric vehicles.

QuantumScape decided not to wait for its joint venture with Volkswagen to produce solid-state batteries by 2024. At its Q4 and full-year 2020 earnings call, the company’s CEO, Jagdeep Singh, said the company would build a pre-pilot line facility in San Jose, California. Called QS-0, it will help the company accelerate the development of its solid-state batteries and deliver up to 100,000 engineering cell samples from 2023 on.

QS-0 will be located in “a second building with approximately two hundred thousand square feet in the second half of this year.” QuantumScape will make a long-term lease for it. Singh said it would help the company “accelerate work on the next-generation of manufacturing tools,” which would be “new automation and production tools, including an automated stacker and continuous flow heat treatment tools.” Other goals are to produce “enough batteries for hundreds of long-range battery-electric test vehicles per year” and “de-risk subsequent commercial scale-up.”

Although QuantumScape did not want to wait for Volkswagen to start producing its solid-state batteries, it is the only automaker it quoted to receive these engineering cell samples for tests, “as well as other automotive partners,” which QuantumScape did not disclose. The company also wants to “explore non-automotive applications.”

QS-0 seems to have even better reasons to emerge than solely to speed things up. It may also be a consequence of the advancements QuantumScape has made with its solid-state batteries. 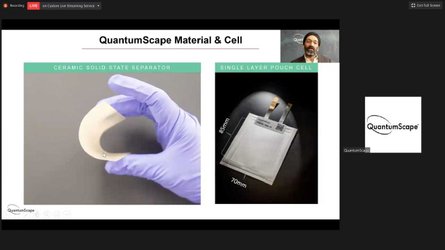 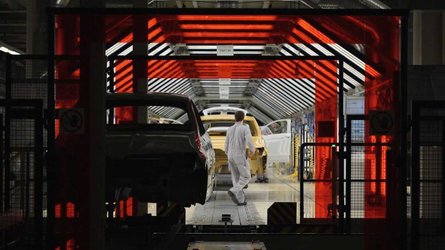 Bill Gates Is Betting On Solid-State Batteries With QuantumScape

For the first time, the company managed to create a four-layer cell in the 30x30 mm form factor, which achieved “close to 800 cycles at 30°C with over 90 percent capacity retention at both C/3 and 1C rates.” These numbers are similar to those presented by the single-layer cells QuantumScape presented in December.

The company’s goal is to achieve 8-layer and 10-layer cells by the end of 2021, but already in the commercial form factor of 70x85 mm. If all goes as planned, QuantumScape may be able to deliver them in its final commercial form, with 12 layers, in 2022.