It's all-electric and envisioned for Level 4 autonomous driving.

New Flyer unveiled its first automated bus, the Xcelsior AV, developed in partnership with Robotic Research in Maryland. According to the company, it's North America’s first automated transit bus.

Of course, the Xcelsior AV is also all-electric, based on the proved Xcelsior CHARGE model. The vehicle is equipped with LIDARs, radars, cameras and processing hardware and software, which should allow for Level 4 autonomous driving, according to SAE J3016 definition (see the image on the bottom of this post).

According to Chris Stoddart, President, New Flyer and MCI, the company is committed to introducing an automated transit bus model within five years from now.

Automation of the buses brings many advantages, including safety, utilization of vehicles as well as efficiency (smooth traffic flow and reduce traffic congestion).

"The first is AutoDrive®, Robotic Research’s self-driving technology, serving as the “eyes and brain” of the autonomous system and processing the world surrounding the bus, including mapping the environment, making decisions, and navigating the route.

The second is Robotic Research’s AutoDrive ByWire™ (drive-by-wire system), serving as the “hands and feet” of the automated system and controlling the steering, braking, and throttle, ultimately operating bus movement on its route."

Semi Should Be The First Fully Autonomous Tesla 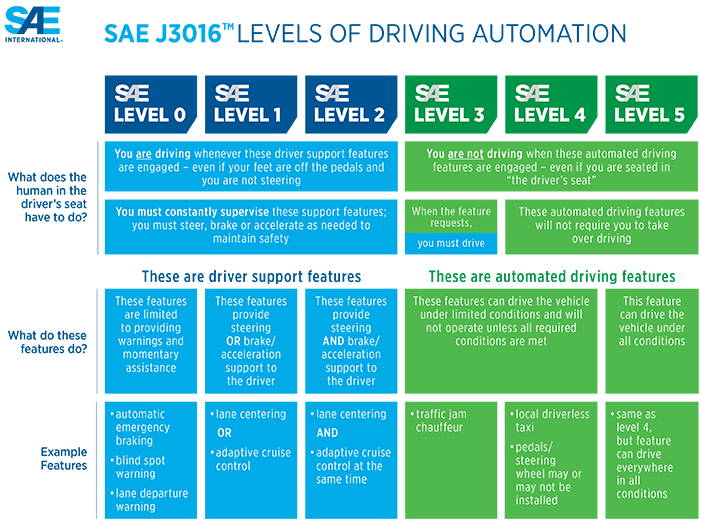