The General wants to put everyone in an EV.

General Motors says it's all in on electrification. To make its point, it's launching a new campaign under the catchphrase "Everybody In." The accent is, of course, on the first two letters: EV.

The first footage supporting the campaign is a spot called "Generation E," and you can watch it above. It kicks off with Malcolm Gladwell, author of "The Tipping Point," reminding us that change offers us choices. It then moves to a cast of diverse characters – some you may recognize – taking turns delivering a script heavy on the future and electrification.

To underline the point, most are seen standing on GM's Ultium platform. It notable that this is a GM commercial. There are no shots of Chevrolet, Cadillac, or Buick. Not even a GMC Hummer EV. There is only Ultium. The subtext here is that the entire company is transitioning, as the goal is to make electric vehicles for all brands and all niches: affordable hatchbacks to luxury SUVs.

The changes doesn't stop at ads. The 115-year old company has also just changed its logo, something it's only done 5 times in its lengthy past. As you can see in the image below, the change is not subtle, either.

The letters are now lower case, using a font designed in-house, along with the rest of the design. The bounding box is also softened, with curves replacing 90-degree angles. There are also nods to electrification hidden here.

The line beneath the "m" is supposed to help you see the negative spaces in the letter above it intimate a plug. Opinions may vary how effective the result is. The other change is the lightening of the color blue, which is meant to suggest cleaner skies. 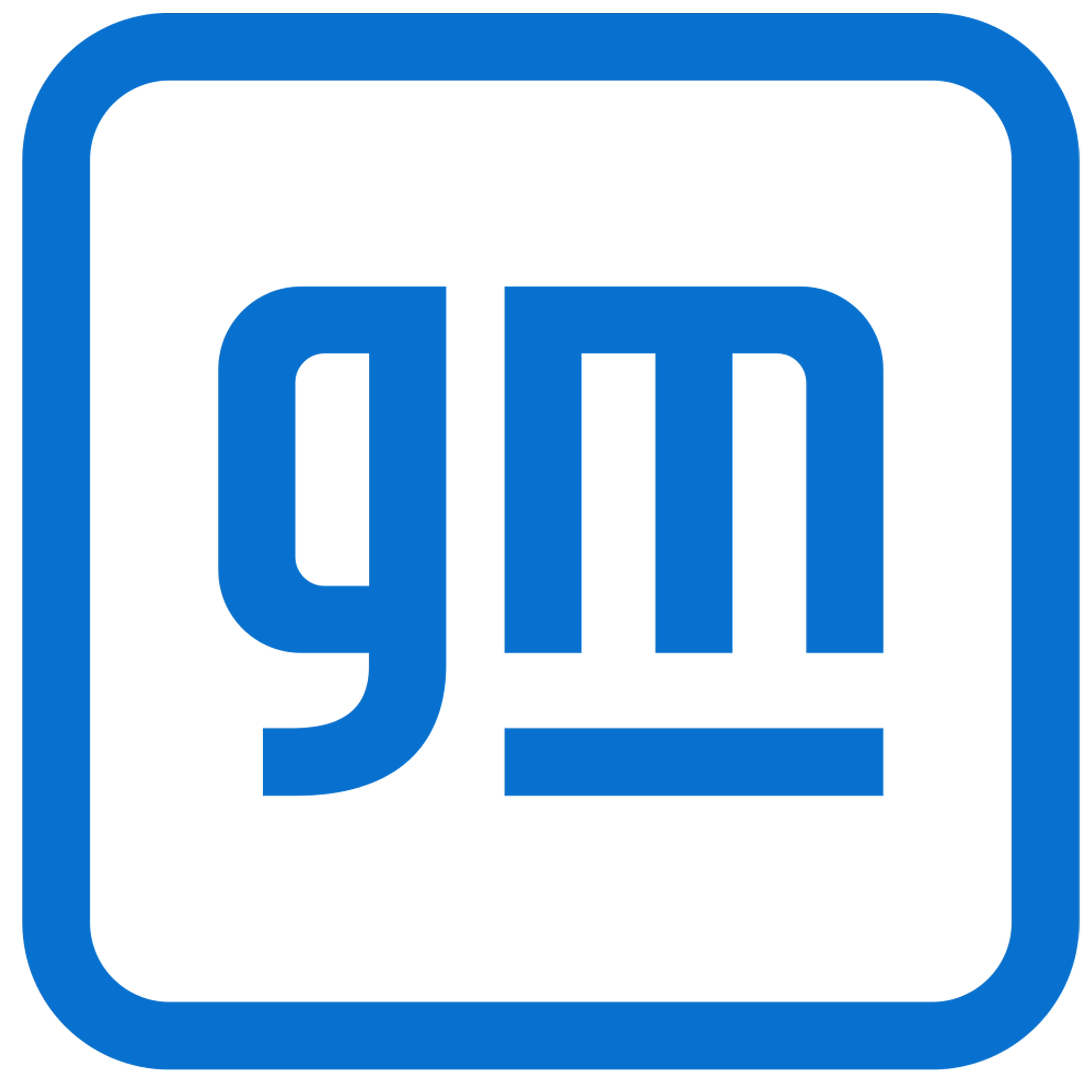 Now, this is a lot of very ambitious-sounding talk from a company with exactly one electric vehicle – the Chevy Bolt EV – in its showrooms at the moment. We imagine there will continue to be some amount of skepticism for some time, which is understandable since the company continues to pump out huge numbers of polluting internal-combustion vehicles.

Make no mistake, though. This storied automaker has new chapters ahead of it and we can already see previews as we watch its new battery factory being built, get introduced to that aforementioned Hummer EV and Cadillac Lyriq, and read about huge multi-billion-dollar budgets being readied to bring as many as 30 electric vehicle models by 2025.

You may not be on board yet, gentle reader, but we expect GM will continue to press its "Everybody In" message until it has the products in showrooms to back up its bluster.