Tesla: Only U.S. Automaker To Equip Every Car With Automatic Braking

And, it's two to three years ahead of schedule.

It's important to note that the effort is voluntary at this point, as automakers have committed to working with the NHTSA to equip most new vehicles with low-speed AEB and forward collision warning by August 31, 2023. However, other reports point to a promise from automakers to add specific standard safety equipment by September 1, 2022.

Thus far, Tesla and Volvo are the only two global automakers to fulfill the promise way ahead of schedule, and both automakers have implemented full-speed AEB, which is more advanced than the low-speed tech the NHTSA is suggesting. However, several other foreign automakers are very close to 100-percent fulfillment.

While Audi, BMW, and Subaru are at 99 percent, Hyundai, Mazda, Mercedes-Benz, Toyota, and Volkswagen are all at 96 to 98 percent. Honda and Nissan are at 94 and 93, respectively. Finally, the only U.S. automaker above 90 percent is Ford, at 91. Keep in mind, some of these brand's vehicles only have low-speed AEB as standard, which means full-speed AEB still costs extra.

The data shows that Tesla is not only one of the two automakers to hit 100 percent ahead of schedule, but also the only U.S. automaker in the top 10. Aside from Ford, the chart looks bleak when focusing on U.S. automakers. General Motors is only at 47 percent, followed by FCA at 14. NHTSA Deputy Administrator James Owens wrote:

“Automatic emergency braking can help prevent or reduce the severity of crashes, which also reduces the risk of injury. We applaud manufacturers for moving swiftly to include lifesaving technologies in new vehicles. Through this voluntary approach, we are seeing significantly faster deployment of automatic emergency braking than we would have through regulation, and that means lives are being saved and injuries are being avoided today."

Despite some automakers taking their time, since the deadline is still far off, the NHTSA says the mutual agreement has the potential to work much quicker than mandating progress via regulatory processes. In support of that statement, the organization points out that there are some 5 million more cars manufactured per year with AEB than there were prior to the voluntary agreement. Moreover, vehicle manufacturing is down 23 percent this year due to the COVID-19 pandemic, but still, cars produced with AEB are only down 9 percent. 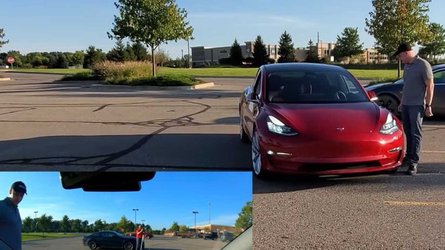 Are Tesla Features Like Smart Summon Proving To Be Too Over The Top?
⠀ 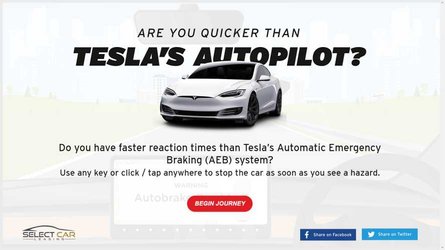 While We Try To Beat COVID-19, See If You Are Faster Than Tesla AEB