That sure looks like a Tesla connector to us. A Supercharge-capable, 1,000-mile EV that promises to be super-efficient.

Aptera Motors formally announced its comeback to the world yesterday and began taking reservations for its three-wheeled EV that is capable of going 1,000 miles per charge with the largest battery option. The company also states that the solar roof can add up to 40 miles of range to the battery per day, which will allow some low-mileage owners to be able to drive the vehicle without ever having to plug it in.

That's all amazing news - if it indeed comes to fruition. However, we believe we've noticed something that nobody else is talking about just yet that is also pretty big news. At the 2:55 mark in the company-released Aptera video, we see what appears to be a Tesla inlet on the vehicle, with a Tesla connector about to plug into it.

You'll notice the connector doesn't have the Tesla name on the top as they usually do. Instead, there's a green overlay with the Aptera logo on it. Check out the Aptera video below and pay close attention at 2:55:

We wonder if Aptera has struck some kind of deal with Tesla to use its charging technology. Wouldn't that be a coup for the company if its customers had access to the largest and most convenient DC fast-charging network in the world, as well as the use of thousands of destination chargers scattered across the country?

Tesla has always maintained that it would be open to allowing others to use its supercharger network, but the cost of admission has been too high for anyone to take them up on it. We know first hand that at least two legacy automakers reached out to Tesla in the past to discuss a possible collaboration, but a deal was never struck.

We also know that Tesla is highly protective of its proprietary charging technology. Every EV infrastructure network would love to have Tesla connectors on its units and sell electricity to Tesla owners, but so far only EVgo has been able to strike a deal to service Tesla owners.

Then there was the 2017 CES where, on day one of the show, I took a picture of a ChargePoint Home EVSE that was fitted with a Tesla Connector and tweeted it out. I went back a couple of hours later and the EVSE was removed from the floor. The ChargePoint reps didn't want to discuss it at all, but I heard from a reliable source there that Tesla saw the tweet and called them to tell them to take it off the show floor immediately. 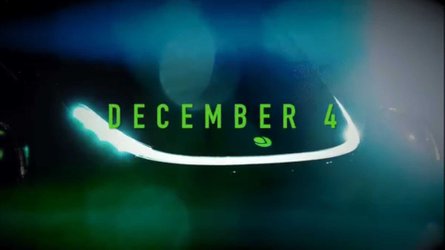 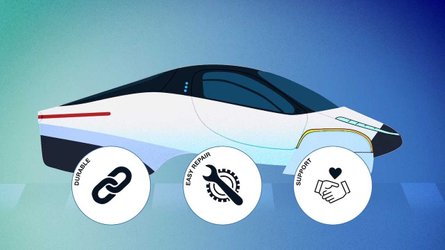 ChargePoint wasn't trying to sell the unit, they said they just wanted to demonstrate that the ChargePoint Home EVSE could work with any connector standard. I suspect that Tesla representatives were more concerned that the connector was branded with Tesla's name than anything else, but it goes to show that Tesla takes protecting their image and technology very seriously.

We reached out to Aptera for comment and will update the story once we hear back from them. Aptera clearly wanted us to see the Tesla inlet because they included a close up of it in their video. Additionally, using a Tesla connector without having access to the Tesla Supercharger network wouldn't make any sense. Customers would then have to get a CHAdeMO adapter if they wanted to use DC fast charge stations, and would then be limited to 50 kW charging.

Is Aptera the first automaker to strike a deal with Tesla to use its proprietary charging tech and offer its customers access to the exclusive Tesla supercharger club? We hope to have the answers soon. Let us know what you think in the comment section below.