Nissan Is Celebrating 10th Anniversary Of The LEAF 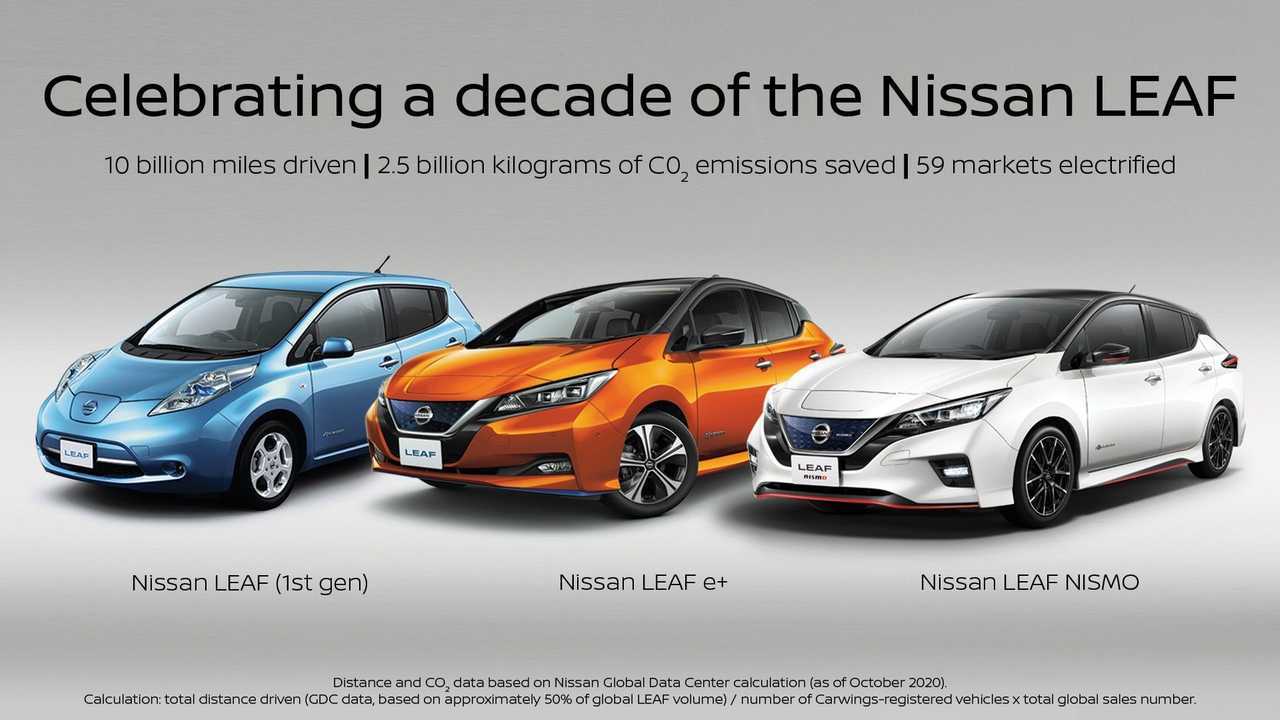 The Nissan LEAF entered the market in December 2010 and since then more than 500,000 were sold globally.

It's hard to believe that a full 10 years passed since Nissan started sales of its pioneering all-electric LEAF model in December 2010.

In total, the company sold more than 500,000 units of the LEAF (the milestone was achieved in September 2020, while the 500,000th car was produced in Sunderland, UK), which cumulatively covered some 10 billion miles (16 billion km). The company estimates that the LEAF prevented more than 3.5 billion pounds (2.5 billion kilograms) of CO2 emissions.

The car is produced in three plants on three continents: in the U.S., Japan, and the U.K., and offered in 59 countries. In the U.S. specifically, more than 148,000 were sold.

"In marking these milestones, we firstly want to express our appreciation to all the customers who have come on this electrifying journey with us. By switching to electric mobility, customers around the world have brought us all closer to a more sustainable and resilient society."

"Nissan couldn't have reached this milestone without the great contribution over these 10 years from our dedicated employees all around the world, and from our valued suppliers and dealers. Together, we're working to broaden the options for EV and electrified vehicle adoption so that more people can enjoy the benefits of electric driving."

The future of LEAF is in question, as the Japanese manufacturer might be willing to simply close the project and focus on its new all-electric car, based on an all-new platform: Nissan Ariya. There is, however, a chance that at some point we will see the return of the nameplate.

The other path of electrification is to offer more and more series-hybrids (non-plug-ins) under the e-Power subbrand, utilizing some tech, like electric motors and batteries from the LEAF.

Let's take a look at the gallery provided by Nissan, which takes us through ten years of LEAF history, including some concept racing models from Nismo.

Nissan Ariya Electric SUV: Here Are The Top Things You Need To Know
++