Ford is targeting a 3.5-second zero-to-60-mph time with the new electric GT, as well as an EPA-estimated 235 miles of range. The automaker says it will crank out 480 horsepower and 634 pound-feet of torque. In addition, the Mach-E GT Performance Edition will pull more power from its 88-kWh battery pack to dial up the torque and improve overall grip and handling. Ford global director of battery electric vehicles Darren Palmer shares:

“We already pushed the envelope by creating an electric vehicle with the pony badge, so it’s only natural that we push it even further. Mustang Mach-E GT Performance Edition not only gives you the added performance you expect from the GT name, but accentuates the thrill with the responsiveness of an all-electric powertrain.” 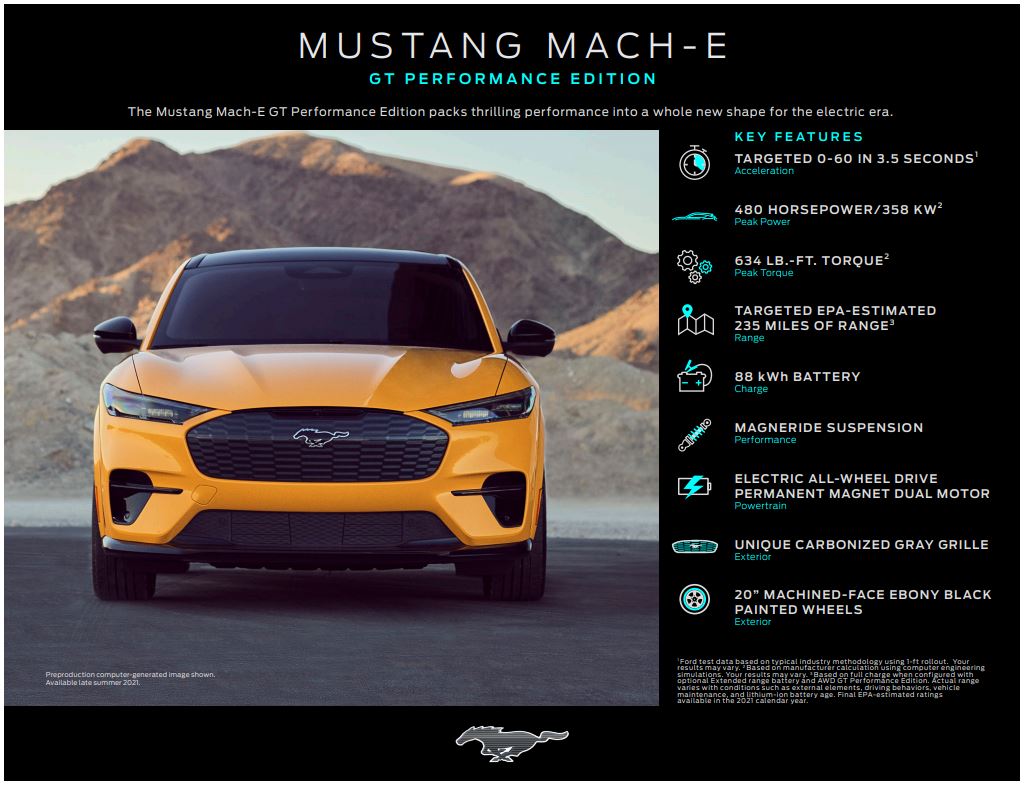 You can reserve the Mustang Mach-E GT now. Ford says, if you already reserved the GT, you'll be allowed to add the Performance Edition in the form of a package when you place your official order in the spring of 2021. Let us know what you think of Ford's announcement by leaving a comment below.