He’s basically talking about the difference between how much juice the car says you put back in and how much was actually replenished.

Back in the summer, the ADAC from Germany published a report specifically detailing the difference between how much power EVs said had been put back into their battery and the actual real value. Now, if you’re into EVs, you definitely know about losses that occur during charging, but what you may not know is that the ADAC said the discrepancy in the case of the Tesla Model 3 was almost 25 percent. 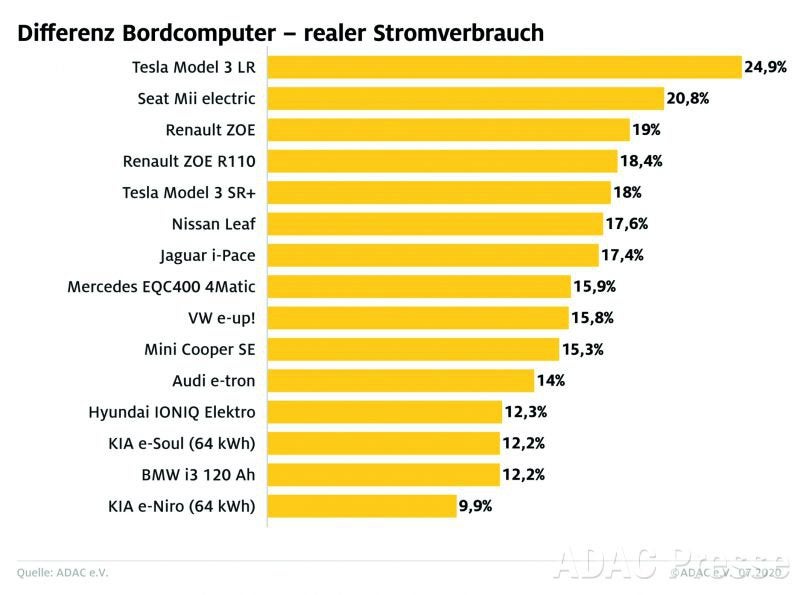 That’s a massive difference, almost too big to believe, especially since Teslas are some of the most advanced and fastest charging EVs in the world. And specifically because the number seemed a bit too high for him, Bjørn Nyland decided to measure the loss/difference and he used both his Model 3, as well as a BMW i3 to compare results.

On-Street Charging For Electric Cars On The Rise In UK

The Model 3 actually had less loss than the i3 - Bjørn calculated that it is actually around 12 percent, not 24.9 percent. In order to do this test, he charged both EVs to a certain percentage, then drove them over a set route, then charged them back to the level they were at before the test started and then compared the numbers.

How Much Range Does an Electric Car Lose Each Year?
How Does A 2013 Tesla Model S Fare After 350,000 Km?
Tesla Cybertruck Page Updated... With Removal Of Specs And Price
All-Electric Honda HR-V With 310-Mile Range Breaks Cover In China
Watch VW E-Crafter Visibly Lose State Of Charge At Top Speed