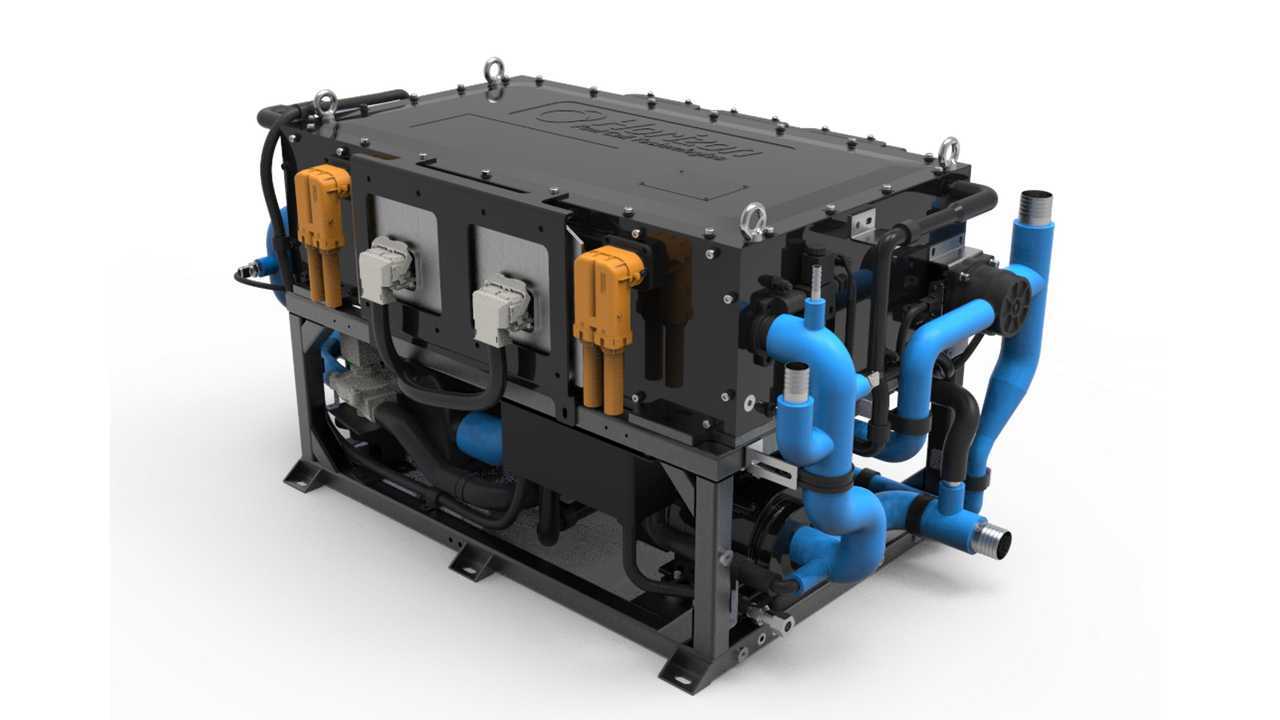 TÜV Rheinland certified that number, which is almost double what other fuel cell stacks achieve.

Allowing transportation to achieve zero CO2 emissions will not be something batteries alone will handle. Unless a new technology makes that feasible – such as the Cambrian batteries – it is more likely that we will see other clean technologies aid where batteries can’t, such as fuel cells. Hyzon Motors has released an exciting achievement about them: a fuel cell stack that can deliver double the energy density of current fuel cells.

To prove that, Hyzon Motors asked for a respectable third-party company to certify that, and TÜV Rheinland was in charge of this task. According to Hyzon Motors, the German certification company measured a power density of 6 kW/l on its fuel cell stack. Peak power density in most of the other known fuel cell stacks is 3 kW/l. In other words, Hyzon’s product will offer double the power density currently available with other PEM (proton exchange membrane) fuel cells.

Hyzon said its automotive-grade fuel cell stack – which can be used in vehicles without future reliability problem concerns – is under development for the past 20 years. Hyzon’s stack is also liquid-cooled, and the company claims that it makes it perfect for commercial vehicles and machinery. To be even more specific, it would fit well in trains, trucks, and airplanes. Craig Knight, Hyzon’s CEO, told InsideEVs there’s a reason for that.

These liquid-cooled PEM fuel cell stacks could generate up to 370 kW (500 hp) and would allow these vehicles to save on weight, increasing their load capacities. Cost and size would be other benefits for using their new fuel cell – something Nikola Motors also argues.

These new, more power-dense fuel cells will enter mass production in 2021 in all Hyzon production facilities in North America, Europe, and Asia. By 2025, the company expects to be able to power more than 40,000 vehicles with its PEM fuel cell.