Could Electric Pickup Trucks Be EV-Derived? Check Out These Renderings 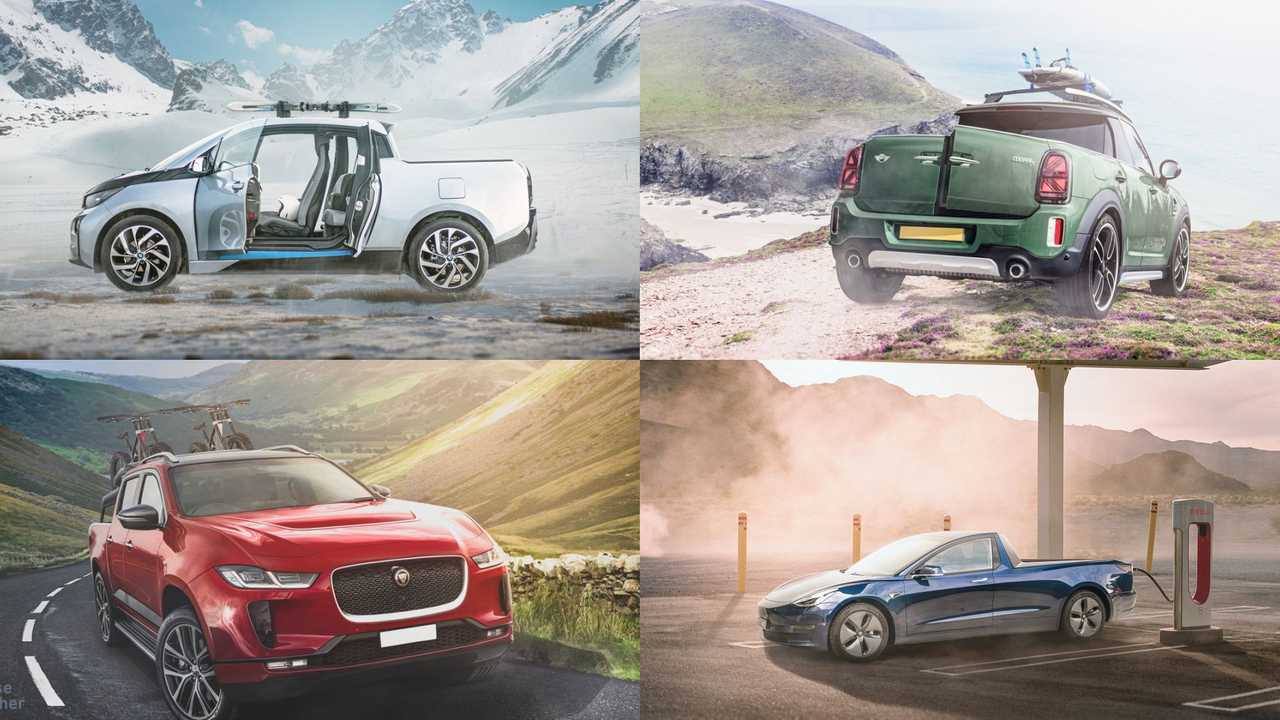 LeaseFetcher.co.uk created these utes based on three electric cars.

Is "ute" a synonym for "pickup truck?" The former is based on production cars and has a monocoque construction, while the latter uses a body-on-frame structure. There are also important differences in terms of size, towing, and bed capacity, but none of that prevented LeaseFetcher.co.uk from naming the renderings it created as pickup trucks. Three of these vehicles are electric: the BMW i3, the Jaguar I-Pace, and the Tesla Model 3.

LeaseFetcher.co.uk’s idea was to imagine five luxury vehicles with a bed. Apart from the Audi TT, the Mini Cooper Countryman has a combustion engine, but it may also have a PHEV version, which made us forgive its presence in the image above. Apart from that, this little ute would be a nice option for people in need of a more versatile vehicle, but let’s focus on the EVs.

The BMW i3 pickup truck would have a tiny bed, even with a reduced cabin. To be larger, it would need to stretch its wheelbase, something that could bring benefits with a larger battery pack. If that were in BMW’s plans, it would also be the first pickup truck made of carbon fiber. Cool, right?

The Jaguar I-Pace Ute render does not allow us to have any idea on how big its bed would be apart from the bikes on top of it. If you check where the rear wheels are placed, it seems the bed extends way beyond them, creating a rear overhang that would not make it very stable – and kind of awkward. Gerry McGovern would not allow that.

Is There A Business Case For A Polestar 2 Wagon To Be Created?

The only electric pickup truck to follow the classic ute design would be the one based on the Tesla Model, but it is not exactly new. The Truckla already gave us an idea of what a Tesla ute could look like, but this one seems to have an extended wheelbase and a larger bed. It is also the only one that does not present a crew cab.

If you were to ask for a ute based on an electric car, which would it be? Any of those LeaseFetcher.co.uk decided to create or a completely different one? What about one based on the Hyundai Kona or the Kia Soul? Set your imagination free in your suggestions. Gifted readers may even post their renderings in the comments for another story on electric utes – or pickup trucks if you think they deserve to be called that way.