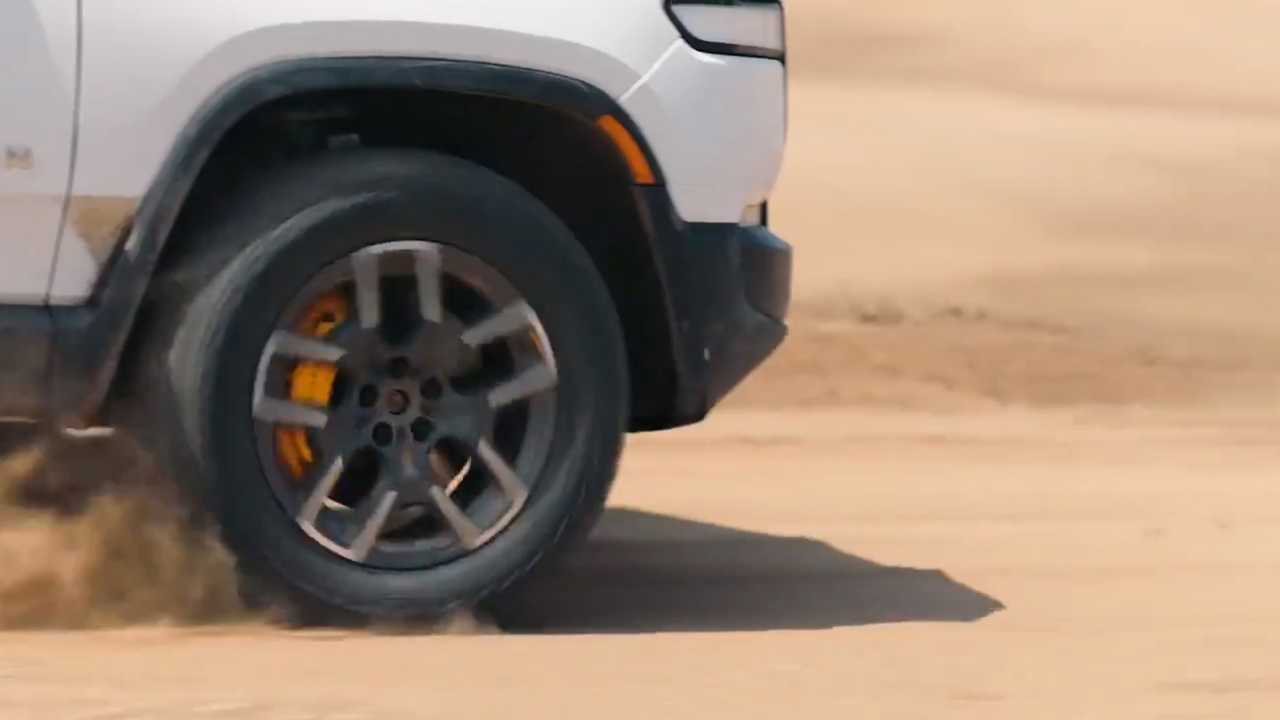 Having the best hardware and software is not all that electric cars need to be successful. In highly efficient and silent vehicles, tires play a much more important role than they do in combustion-engined machines. They have to have low rolling resistance and also be much quieter than regular ones. Rivian chose Pirelli to develop tires with these characteristics and even named them as RIV Elect inside the Scorpion family.

Off-road tires, especially the more aggressive ones, are known not only by their capabilities but also by the intense hum they produce in asphalt. Pirelli Scorpion tires try to keep a balance between these two worlds.

RIV relates to the tires Pirelli developed specifically for Rivian. It even has a unique size, found nowhere else in the world, according to the Italian tire manufacturer: 275/55 R21. Elect is the name Pirelli gives to its EV tires. Apart from less noise and rolling resistance, Elect tires also offer improved traction. That prevents these high-torque cars to burn rubber unnecessarily.

Although we are not sure how Rivian helped Pirelli develop these new tires, we know it had low rolling resistance (to achieve longer ranges) and low noise demands. Pirelli engineers then dealt with what they had to deliver what Rivian wanted: compound and tread design.

The Scorpion Verde All-Season RIV Elect tires have a focus on energy efficiency. That makes them have narrower treads to reduce the surface-to-ground contact and, consequently, energy dissipation. The 275/55 R21 tires belong to this group.

When it comes to the Scorpion Zero RIV Elect tires, the goal is performance. Pirelli engineers made wider treads and used nano-composites to make the tire grippier without “compromising the low rolling resistance targets” Rivian demanded.

The Scorpion All-Terrain RIV Elect tires are the ones fitted with the mission to go on or off-road without looking like regular tires in the mud and without giving drivers a headache on the tarmac.

To make that possible, Pirelli engineers worked on a “symmetric, high-void pattern” with deep grooves and independent tread blocks that had the goal of making these tires as silent as possible without hurting their off-road capability. They must also have used a special compound to achieve that, but Pirelli did not mention which it was.

It is good to see Rivian work with Pirelli to have the best tire possible for its future electric pickup truck and SUV. After all, and although they may look similar to combustion-engined vehicles, electric cars have special characteristics that have to be respected. Proper tires for them are the foundation of a great driving experience.