The Korean company said it will make a new battery that will increase “energy density five-fold and power by six-fold.”

At Tesla Battery Day, Elon Musk said the new 4680 cells are five times more energy-dense and six times more powerful but failed to mention compared to what. Let’s assume it was to 18650 cells. LG Energy Solution recently said it would produce a “new form-factor” cylindrical battery with the same characteristics. Coincidence or are Tesla and LG Energy Solution working on the same thing? Could Tesla have licensed the 4680 cells to the Korean company?

That came up with a report from Reuters in which LG Energy Solution said it had plans to triple its cylindrical batteries production. It also failed to say until when it intends to do so, but the new Tesla cells could be a massive step in getting that done.

As Musk explained at the Tesla Battery Day, the fact that these cells are tabless makes its production much simpler and faster than current cylindrical cells. In other words, LG Energy Solution could use that as a way to improve output not only of these cells but also of other formats if Tesla allows it to do so.

The precise words LG Energy Solution used were that it is “developing” this “new form-factor,” which could imply it is something different from what Tesla is doing. However, Tesla is also still developing its 4680 cells. Sharing their development with a company that is dedicated to battery production makes perfect sense.

If Tesla licenses the technology to LG Energy Solution, it may receive royalties for everything the Korean company produces with it. The Korean company may also help Tesla produce the number of cells it will need for all its new products with it. 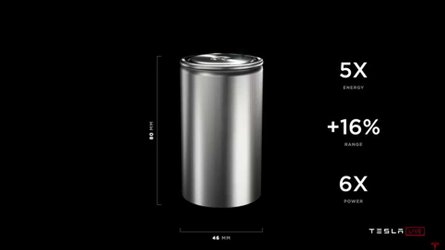 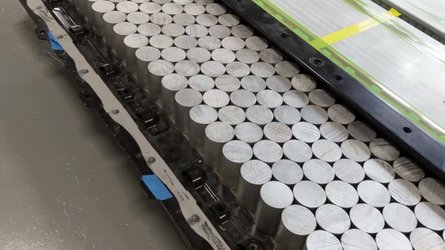 Apart from that, the Korean battery producer can make them in places where Tesla may take time to do that, such as Europe and China. Summing up, there are many reasons for that to be on the table.

What we know for sure so far is that both Tesla and LG Energy Solution are developing a cell that is five times more energy-dense and six times more powerful than… whatever other battery they are talking about. It may well be the same one.