Foxconn Promises To Sell A Solid-State Battery In 2024 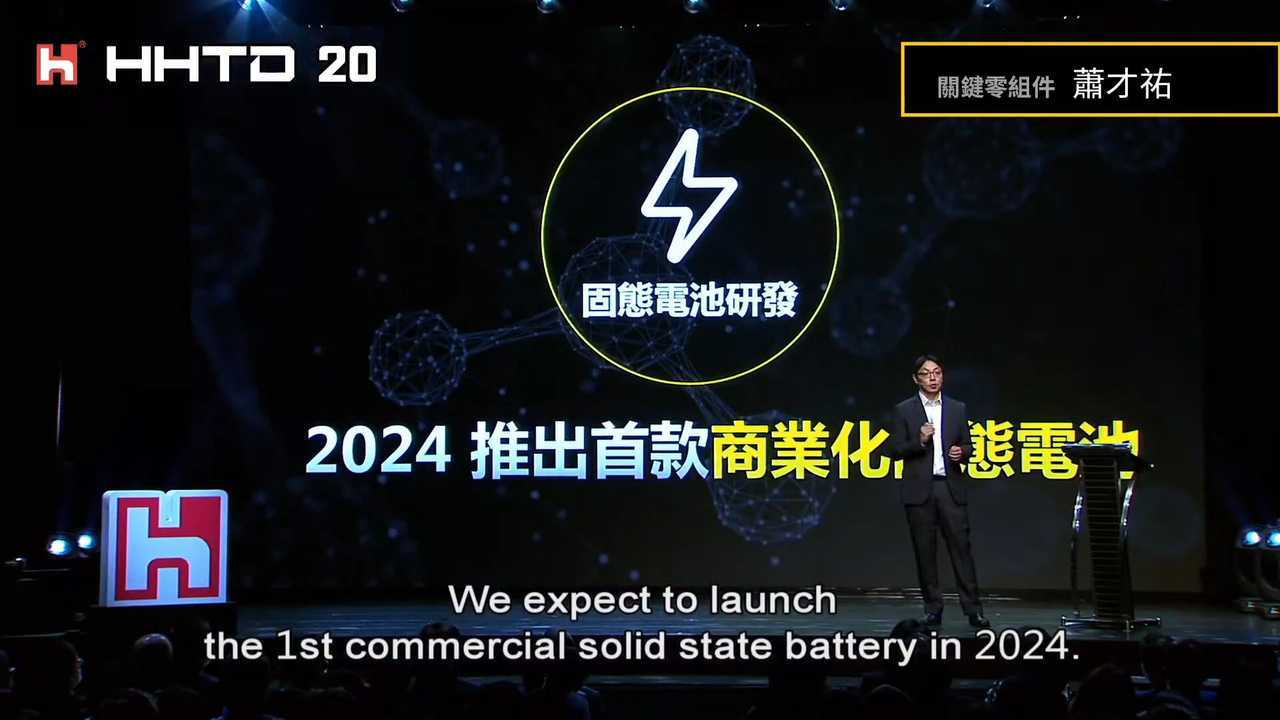 Does Hon Hai share the motto “We don’t say all we do, but what we say, we do” with Toyota?

This is another article taken from why you should take Foxconn’s plans for an electric platform seriously. We have already given the “TL,DR” crowd the chance to have another one of these reasons in a single article. It was related to its use of mega castings for the MIH Open Platform. If that was not enough, Hon Hai (the official Foxconn name) also plans to sell “commercial solid-state batteries” by 2024, one year before Toyota.

Again, if you have already taken a look at the complete article, this may not be new to you. If you didn’t, you might want to check it in the link above. This is the short version of one of the most crucial information on that text.

The irony here is that the Japanese company is pretty confident it will meet its target. Akio Toyoda would be famous for saying: “We don’t say all we do, but what we say, we do.” It is a matter of checking it Foxconn follows the same motto.

Jerry Hsiao (Xiao Caiyou) – Hon Hai’s Chief Product Officer (CPO) – said at the HHTD 2020 that the company made huge advances in batteries with partners such as CATL and SES. It is not clear which of these partners will produce the new SSB, but CATL is not the biggest battery producer in the world by chance – we’d bet on it.

This new SSB would have LMNO (lithium manganese nickel oxide) as anodes and SiC (silicon-carbon) as cathodes. Some believe that silicon-carbon electrodes can only work as anodes, but there are patents for them as cathodes as well. Regardless, Hon Hai’s goal would be to eliminate the need for a negative electrode anyway.

Foxconn’s electrolyte would be composed of a metal oxide ceramic film that is under research since 2017. The company claims that additives it helped develop have increased battery cycle life by 10 percent, reduced the battery weight by 50 percent, and shrunk it by almost 17 percent.

Whatever cell Foxconn gives the MIH Open Platform, its control also promises to be revolutionary. It will use a cloud-based artificial intelligence management system to gather all big data from the batteries and help each battery pack make the most of what it offers. With that, Hsiao believes EVs based on Foxconn’s open-source platform may see their ranges increase over time instead of diminishing.

If this MIH Open Platform makes its debut with the solid-state batteries and the AI BMS, it will be difficult for the competition to overcome or even equate. That’s Hon Hai’s main hope: the company believes that anyone that dominates SSBs by 2025 will also dominate the market. Remember that Toyota is still in the game.