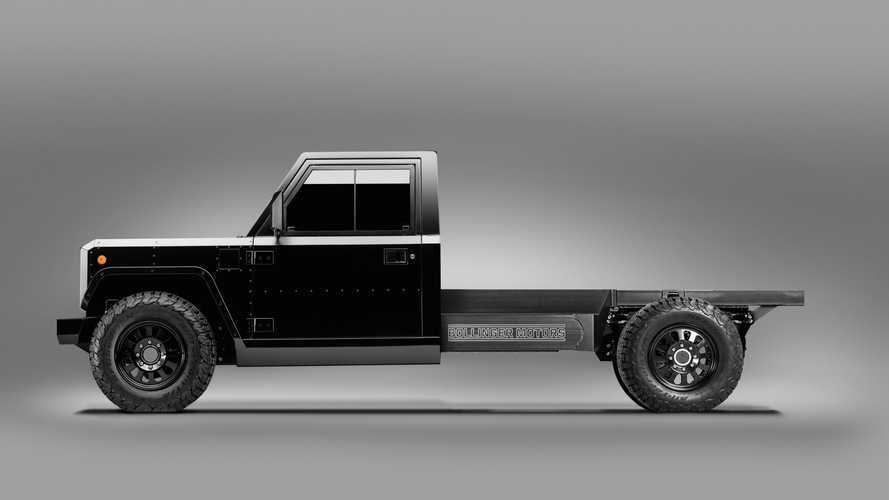 SPACs (special purpose acquisition companies) have reportedly been looking to buy parts of the company, yet Bollinger isn’t selling.

Bollinger is expected to begin production of its B1 and B2 models sometime in 2021, but it apparently needs a cash injection to get things started. According to a recent report, the company is looking to raise some $50-million in order to begin rolling out its all-electric SUV and pickup truck.

According to Automotive News, company founder, Robert Bollinger, was recently approached by several special purpose acquisition companies (SPACs) that offered to buy part of the company. He says he’s so far not given in to selling to SPACs, as the company already has deals in place with established automakers in order to facilitate the production and sale of its vehicles.

Bollinger intends to collaborate with OEMs to build its B1 SUV and B2 pickup truck, since it doesn’t really have the manpower to do that itself (with a staff of just 44 people). Yet it still needs to honor the 1,000 or so reservations it has received so far.

But why wouldn’t Bollinger want to sell chunks of the company to these acquisition companies? Well, once that took place, it would face the same treatment as other newly public EV startups - Nikola, for instance, has come under fire from short sellers and this has had a notable negative impact on its share prices (they plummeted by 25 percent in just two days). Robert Bollinger explained

‘ A SPAC is wonderful because they drop a ton of money in your lap. The downside is that being public is a lot more work. If we sell to a SPAC, it will be after the dust settles on Nikola. ‘

2021 will be an important year for EV launches

Here Are The Electric Pickup Trucks And SUVs Coming In 2021

The aforementioned $50-million that Bollinger is currently short in order to commence production is required in order to finish engineering work on their production models; the company needs another $250-million to start actual series production. Interestingly, while the B1 and B2 have been catching all the headlines, the company’s founder believes commercial trucks will bring in the big bucks; the B1 and B2 are seen as niche propositions and there is quite stiff electric truck competition looming over the horizon (from both startups and the establishment).

Namely Class 3 trucks (that can haul as much as 14,000 pounds) built on the company’s skateboard-like Chass-E platform that not only allows for large payloads, but thanks to high ground clearance, it could be used in more niche sectors such as mining and logging companies. If Bollinger did manage to make either the platform or trucks it builds on the platform attractive to companies, this would improve the company’s chances of staying afloat, according to analysts.

‘ The B1 and B2 will be niche products. If they can get customers for the chassis, they can build a business around that. There’s a lot of interest in going electric for delivery vans, box vans, and armored cars. ‘