RBW EV Classic Cars Electrifies The MGB Roadster, Yours From £90,000 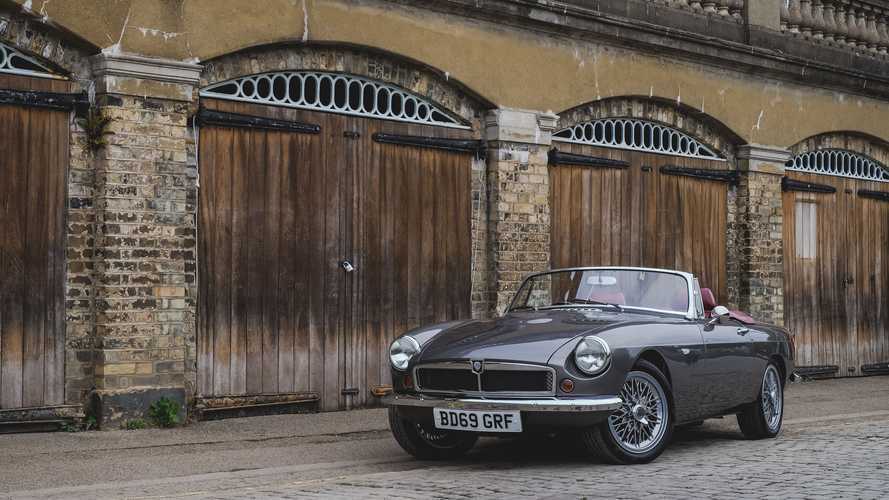 Only 30 of these hand-assembled battery-powered MGBs will be made and you can secure one with a £5,000 deposit.

If you’re a fan of old MG sports cars from the company’s glory days and you think that they are best left the way the factory intended, then you might not like what RBW EV Classic Cars has announced it’s doing to thirty MGBs. It plans to launch a limited series of pure-electric converted MGBs aimed at a discerning crowd willing to pay up to six figures for one.

According to the press release that announces it all, the company won’t find old MGBs, rip out their engines and then restore them before plonking in an EV powertrain. It is instead relying on brand new heritage bodies from British Motor Heritage.

In other words, these cars won’t be conversions - their first powertrain will be the one installed by RBW and it will be electric. Specs wise, the car doesn’t stand out in any significant way - it has a peak power output of just 70 kW (94 horsepower) which enables it to sprint to sixty in exactly 9 seconds, before topping out at 80 mph (129 km/h).

The exact capacity of its battery pack is not specified, but the blurb does mention that it’s comprised of six Hyperdrive Lithium-ion battery modules, which can be expanded to eight at extra cost. Claimed range for the base pack is 160 miles (260 km) and that gets bumped up to 200 miles (322 km) with the extra batteries. Charging is only up to 3 kW, so charging the pack takes a claimed 8 hours from flat.

‘ Our patented system places the electric motor at the rear of the car and Hyperdrive Innovation’s lithium-ion battery technology under the bonnet, which gives perfectly balanced weight distribution. Not only does this give the driver much better handling of the car, retaining that sports car feel, but it also affords maximum battery volume to be housed. What is even more exciting for us is that the RBW System and architecture can be installed into other body shells such as Austin Healey, Jaguar E-Type, Mini, and many more. Each car can be built to the clients’ personal specification and requirements. The opportunities are endless and therefore safeguards the future of classic motoring. ‘

The car’s interior will be a mix of old and new. Most of the dashboard and panels will look and feel period correct, although the car will have a central infotainment screen, as well as another screen in between the gauges. RBW says that the interior will look and feel premium, which it should given the high starting price of £90,000 ($116,400) plus taxes; production is expected to begin in early 2021 and the Roadster will be joined by a hardtop GT model at a later date.