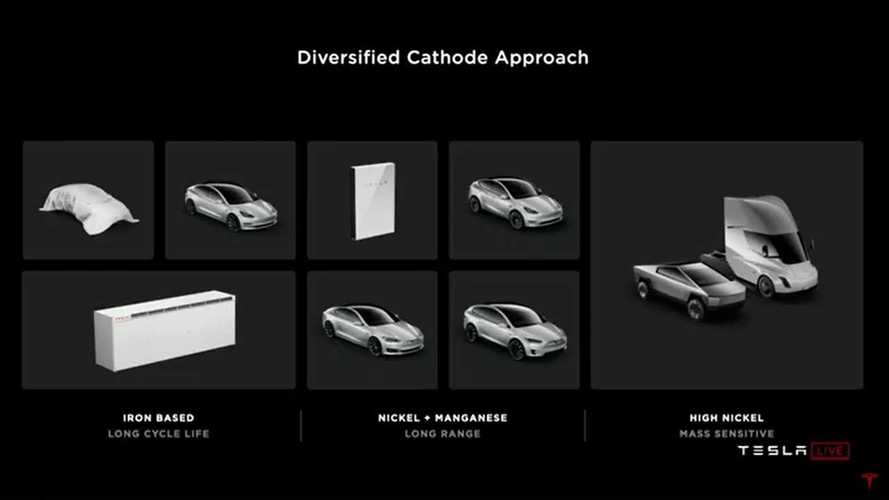 We have already given you some reasons why Tesla Battery Day backfired, but Elon Musk provided one more. The truth is the event lacked core information, such as if the 4680 cells were just vaporware or if they were already in working vehicles. Musk fixed that in a recent tweet that states they already are in some prototypes.

Considering what the company has presented at Tesla Battery Day, we have good reasons to believe the Semi and Cybertruck prototypes already use them, as the image above shows. The high-nickel cells – which are the 4680 – box presents the electric pickup truck and the semi because this technology is meant to help mass-sensitive vehicles. You can check Musk's tweet below:

As you can see, the new 4680 batteries would be in use for "several months" already, which shows they are more than a hypothesis or a product mockup. The prototypes are probably evaluating how efficient and trustworthy these cells can be.

If they are used in the Semi prototypes, one of them has been seen getting juice from five regular superchargers at the same time back in 2018. More recently, it was seen charging from two 150 kW V2 superchargers, which led us to ask if it already had Tesla's new batteries. Musk apparently confirmed that.

Discussing Tesla Battery Day, Bob Galyen said that a million-mile battery is not that important. A proper charging strategy and buffering would be able to make them last even more than that. Considering the mass advantages the 4680 cells have, this is probably what Elon Musk meant when he said Bill Gates had no clue about the Semi.

Even if it is good news that the 4680 batteries are already in use, Musk reminded that "prototypes are trivial, volume production is hard." That is what his team is working on to perfect. However, there is more to the mass manufacturing of these cells than just the machines that will build them. Getting the raw materials is also a challenge, but Tesla is also taking care of that, as we will tell you in another article.