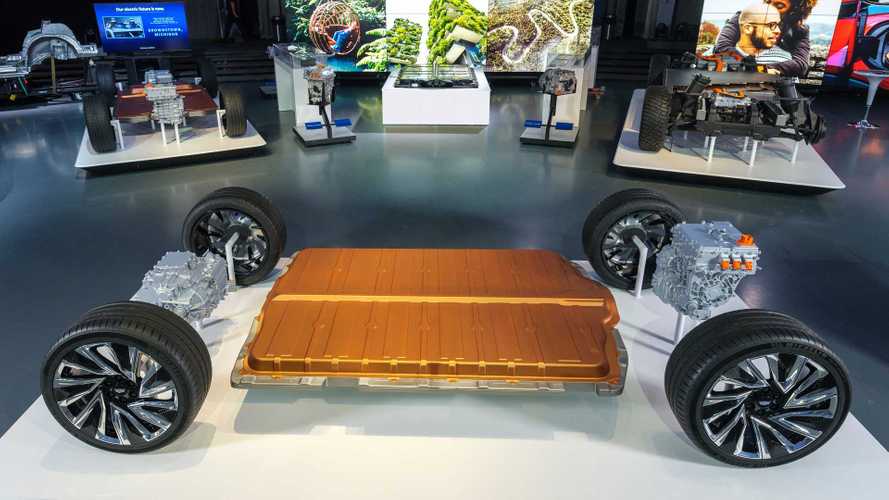 To compete with Tesla, GM will vertically integrate its EV efforts.

General Motors' future EV lineup will be powered by an interchangeable family of electric motors and drive systems that the company has already designed. It plans to develop and produce the components in-house. The goal is to vertically integrate its electric vehicle efforts much like Tesla.

Rather than outsourcing for EV parts, which could prove cheaper and quicker, GM will produce five drive units and three motors that can be used in a full array of vehicles, from performance sports cars to capable pickup trucks. Adam Kwiatkowski, GM Executive Chief Engineer for Global Electrical Propulsion shared:

"GM’s full lineup of EVs should benefit from the simultaneous engineering of Ultium Drive, and our commitment to increased vertical integration is expected to bring additional cost efficiency to the performance equation.”

Following suit with the automaker's battery systems, the family of units will be referred to as the Ultium Drive system. According to GM, the EV drive systems are typically referred to as e-axles. They combine the gear, motor, and power electronics needed to convert electricity to vehicle propulsion. GM Vice President, Autonomous and Electric Vehicle Programs Ken Morris said:

“GM has built transmissions for many notable automakers. Making motors, transmissions, driveline components and systems are among GM’s best-known competencies, and our manufacturing expertise is proving not only transferable but advantageous as we make the transition to EVs.”

GM has already secured a partnership with Honda related to its Ultium systems. More recently, the company announced a deal with Nikola to build the startup automaker's hydrogen fuel-cell / battery-electric Badger pickup truck.

The Ultium system will allow for better integration into GM's lineup of EVs, as well as efficiency improvements, which could give the company an advantage related to range. The components are also smaller and lighter, which means more room for passengers and better overall performance.

A GM spokesman did say that in some cases it will still consider buying drive components from suppliers.