The new Defender PHEV promises to be remarkably efficient... if, of course, you keep its battery charged.

In order to comply with increasingly stringent emissions standards, which apply to their range as a whole, automakers have had to resort to offering electrified powertrains in an increasing number of models. Land Rover has just announced its plug-in hybrid Defender, called the P400e, which is powerful enough to send the vehicle to sixty in 5.4 seconds (or to 100 km/h in 5.6 seconds), yet also emit just 74 g/km CO2.

The manufacturer says that the 19.2 kWh battery pack allows it to travel for a maximum of 27 miles (43 km) on electricity alone. The battery can be recharged at a rate of up to 50 kW, which puts 80 percent back in just 30 minutes. However, in order to have this fast charging capability, Land Rover wants you to pay extra, otherwise charging the car up will take up to 7 hours from a regular 220V European outlet (or 2 hours from a 7 kW wallbox).

Peak power output of the P400e is 398 horsepower (404 PS), while peak torque is 640 Nm. Land Rover says this electrified Defender can return a claimed 85.3 British mpg (3.3 l/100km or 71 U.S. mpg), although if you run out of charge in the battery, the 298 horsepower 2-liter turbocharged engine will not only have to power the car, but also charge the battery at the same time, thus negatively affecting efficiency.

Land Rover also provides an app through which the driver can check state of charge, remaining electric range and he or she can schedule vehicle charging. The PHEV powertrain is not available in the short-wheelbase Defender 90; you have to move up to the Defender 110 in order to be able to specify it - pricing for this specific model has not yet been announced.

So far, the only electrified Defenders were EV converted classics 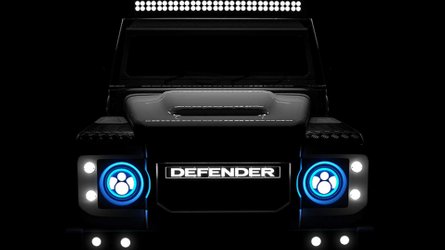 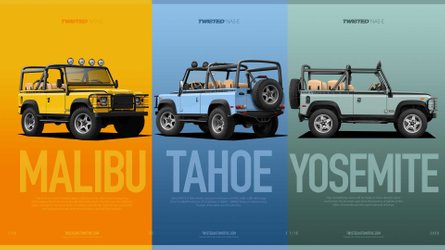 So far, the Defender P400e has only been announced for Europe, but it will probably become available in America too, where it will go up against the likes of the Jeep Wrangler PHEV, as well as the Ford Bronco hybrid.