This Is What The Skoda Enyaq GT May Look Like 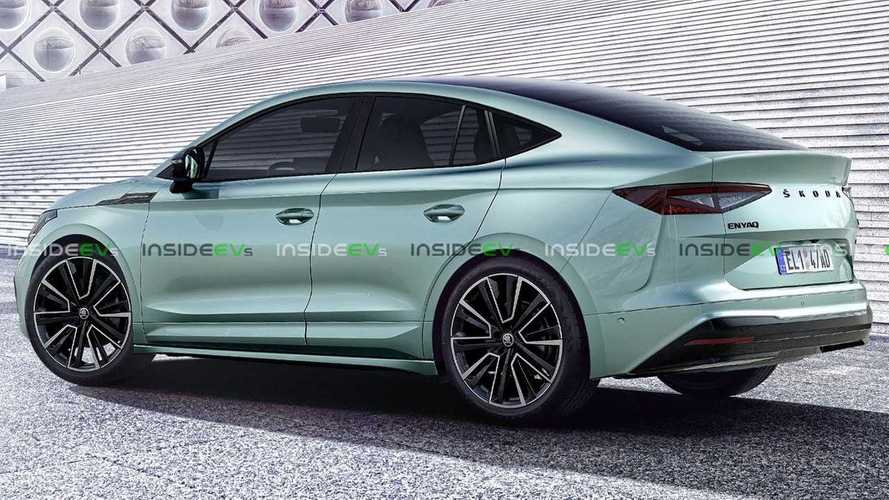 We had the help of a talented rendering artist to show the appearance of the “beautiful brother.”

You do not have to tell us what you thought about the Skoda Enyaq iV. We get you: it makes you want to see the VW ID.4 in the flesh. Perhaps it's about its edgy lines, maybe something about proportions, but the fact is that it is not a looker. According to a talented rendering artist that is a good friend of InsideEVs, that may change with the coupe version of the Enyaq iV, which will probably be called Enyaq GT.

Our good friend, who prefers to stay anonymous, imagined a much better-looking sibling to the first electric Skoda. Also based on the MEB platform, the Skoda GT would have the option of RWD or AWD and up to 225 kW (302 hp) and 460 Nm (340 lb-ft). Battery pack options are 55 kWh, 62 kWh, and 82 kWh, with the longest range available being 510 km (317 mi) according to the WLTP standards.

In terms of dimensions, the Enyaq GT seems to be slightly shorter than the Enyaq iV, which is 4.65 m (183.1 in) long. Anyway, that may be just an impression due to the new roofline. There must be less luggage space on the sportier-looking EV as well.

Skoda Enyaq iV Revealed With Up To 317-Mile WLTP Range

Although Skoda presentations are top-rated in the US, there is no word about selling the Enyaq in American soil. What US customers may get is a VW version of the Enyaq GT as a new member of the ID family. Would it be called ID.4 GT, just like the Skoda, or would it deserve a number of its own, such as the ID.6 that we have solely presented to you with very little camo?

Whatever VW decides to call it, we have the feeling it could be trendy among American buyers, some of which still scratch their heads about why VW does not want to sell the ID.3 for them. VW's derivative of the Enyaq GT may answer that question.