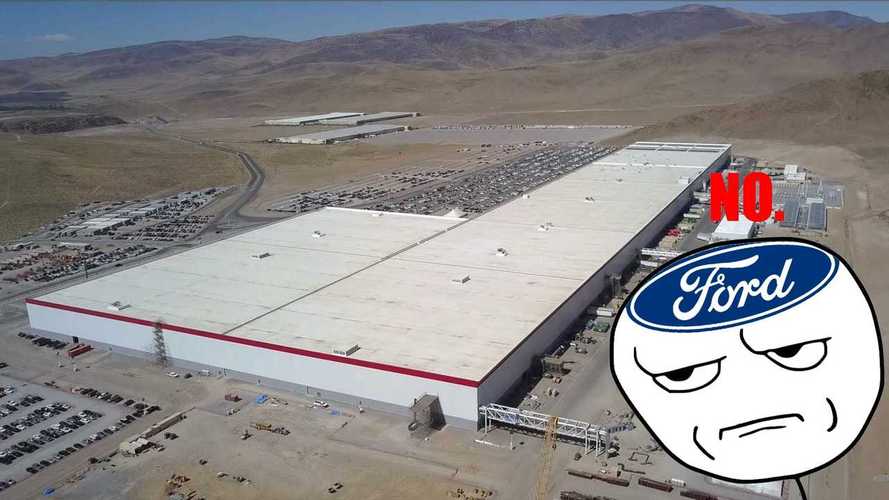 The company believes this decision will give it a competitive edge while new technology emerges.

Tesla is about to reveal its plans to produce batteries with proprietary technology. That is a step further than just manufacturing them, something the company already does in its joint-venture with Panasonic. Volkswagen will also produce its batteries. Ford says it wants to be big in electric cars but has no plans for cell plants. The reason would be “flexibility.”

That is what Ford executives told Automotive News when asked about why it is not investing in battery production. According to Ford’s CEO, Jim Hackett, there is no concern about getting cells because the supply chain is strong enough to support demand.

Even so, the Mustang Mach-E production in the first year will be restricted to 50,000 units globally due to battery packs supply. If Ford had its own cell production facility, that would probably not be an issue.

What the Automotive News article makes clear is that there are risks in such investments that Ford is not willing to take. Buying from suppliers, it can always choose the most up to date technology or the most cost-effective proposition. Supplier competition may ensure the company gets the best deal for its cells.

Ford may also be refraining to invest in battery production due to an example it learned from Toyota. Hau Thai-Tang, Ford's head of product development and purchasing, remembers the Japanese company decided to go dive right in nickel-metal hydride batteries for its hybrid vehicles.

When lithium-ion cells started to dominate the battery pack landscape, Toyota was left with obsolete technology in its hands, which cost more than $1 billion in investments from the company. Thai-Tang said he does not want to put Ford in the same position.

Will that flexibility pay off or will Ford end up restricted in its EV plans due to it? Is it wise to rely on third parties on such a key component as a battery pack? Could buying it from suppliers make Ford more subject to issues such as the one it recently faced with the Kuga/Escape PHEV? Ford is betting on a positive outcome without putting a single penny on the game. That may eventually prove to be wise if solid-state batteries arrive earlier than expected.