Around the 'Ring they go.

This matchup isn't just interesting since it's a Tesla Model 3 and Porsche Taycan, but instead, the particular configurations of each car is something to pay attention to. We've got the range-topping Tesla Model 3 Performance and the entry-level Porsche Taycan 4S.

Why these two cars? Well, the top-of-the-line Taycan Turbo S is in Tesla Model S Performance territory when it comes to acceleration. The Turbo S is also very expensive, at $185,000. The Model 3 Performance starts at $54,900 and has an automaker-reported 3.2-second zero-to-60-mph time, a top speed of 162 mph, and 299 miles of EPA-rate range.

The Porsche Taycan 4S (with the Performance Plus battery option, which is the only option currently available) starts at $103,800. According to Porsche, it can hit 60 mph in 3.8 seconds. Its top track speed is 155 mph and it has just 203 miles of EPA-estimated range.

Sebastien Vittel borrowed a Model 3 Performance from Tesla France and hit the 'Ring. Needless to say, he was blown away by the car. He says all automakers, engineers, and CEOs need to pay attention and move quickly if they want to stay in the game into the future. The Model 3 hung in there really well on the first lap. However, he says the Taycan seemed to be stronger than the Model 3 on lap 2. 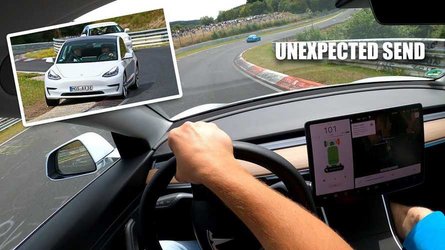 Inside The Tesla Model 3 Performance Racing Around The Nürburgring 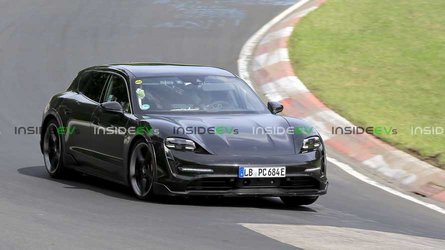 Vittel says both cars in stock form are capable of a lap time of around 7.45 in optimum conditions. The Tesla proved to be the better car in terms of the sprint (one lap). While it didn't suffer significantly on lap 2, it finished on par with the Taycan. Both cars started with a 95% state of charge. The Model 3 ended with 53% capacity remaining after the two laps. The Taycan had 56% remaining.

Check out the video to see it in action. Then, leave us a comment below.