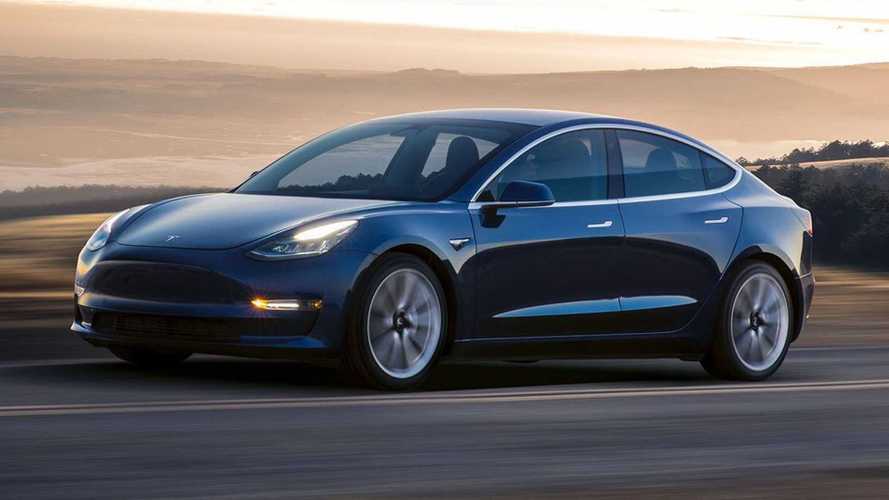 Posted on EVANNEX on August 10, 2020 by Charles Morris

Conventional wisdom these days is that the legacy automakers are two to five years behind Tesla in EV technology. It’s not only EV boosters who’ve been saying so—more than one auto exec has admitted as much. Considering that Tesla’s stated mission is to accelerate the transition to electromobility, isn’t there a simple solution to this problem? Elon Musk has said many times that he’s open to licensing deals that would allow other automakers to use the company’s technology.

As far as we know, only two major brands have ever taken Tesla up on this long-standing offer: back in the 2010s, Tesla briefly provided batteries for Daimler’s electric smart and B-Class Electric Drive (see video below), and for Toyota’s RAV4 EV. Both of these were compliance cars that the companies sold in low volumes and soon discontinued.

“The problem that we found with programs we did with Toyota and with Daimler was that they ended up being too small,” Elon Musk later said. “They basically just calculated the amount they needed to keep the regulators happy and made the program as small as possible. We don’t want to do programs like that. We want to do programs that are going to change the world.”

Recently Musk made another appeal. In response to a recent story about German automakers falling behind Tesla, Musk tweeted: “Tesla is open to licensing software and supplying powertrains & batteries. We’re just trying to accelerate sustainable energy, not crush competitors!”

Asked if Autopilot was included in the offer, Musk replied, “Sure.”

Could licensing some of the Californians’ tech help the German (or US) automakers catch up? CNET retorted that things aren’t that simple in the auto industry. The VW Group and others have invested billions in their own EV tech. Throwing it out and trying to plug in Tesla’s software, battery packs or whatever might not end up saving them any time, but it would cost them plenty both in cash and reputation. The Germans are used to thinking of themselves as the masters of the automotive universe, and they want to meet Tesla as equals (at least), not as poor supplicants.

However, the idea of sharing the Supercharger network might present possibilities for mutual benefit. Der Spiegel recently reported that the German brands are struggling to handle the sudden surge in EV demand in Europe, and that a lack of charging infrastructure is part of the problem. (Tesla now has almost 5,000 Superchargers in 24 European countries, while the Ionity consortium has only 1,160 so far).

Making other EVs compatible with Superchargers probably wouldn’t present an insurmountable technical challenge, and it would go a long way toward winning over potential buyers who are still worried about charging. But would Tesla be willing to give up such a valuable competitive advantage for any reasonable price?

In 2015, Musk said, “Our Supercharger network is not intended to be a walled garden. It’s intended to be available to other manufacturers if they’d like to use it. The only requirements are that the cars must be able to take the power output of our Superchargers, and then just pay whatever their proportion their usage is of the system.”

Who knows what the future holds? Like Musk, we just want to see everyone driving EVs, and if the legacy brands could find ways to cooperate with Tesla to get the latest and greatest tech out there more quickly, we’d be all for it. But for a number of reasons, we don’t expect to see anything of the kind happen any time soon.