The accident happened in Austria and it seems to involve a test drive unit.

For a car to crash, all it takes is leaving the dealership lot. Sometimes, even that is not necessary, but we must say this one was fast. The Honda e reviews are just hitting the internet, and we already have the first crash involving one. Luckily, only the EV and an unfortunate light pole that happened to be in its way in Scheibbs, 125 km away from Vienna, Austria. 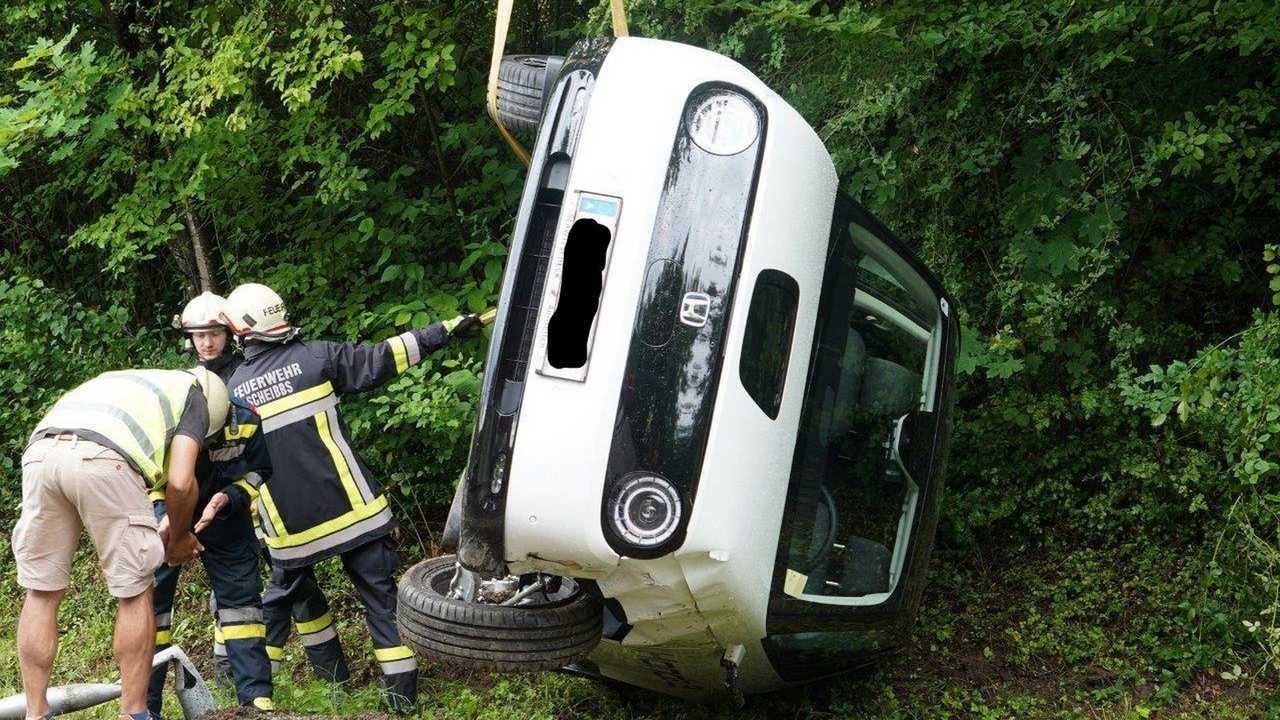 For what the Scheibbs Fire Brigade – Freiwillige Feuerwehr Scheibbs –  clarified on Facebook, it all happened on July 25. The Honda e drove out of the road for unknown reasons, hit a concrete trench, the pole and landed on its left side. 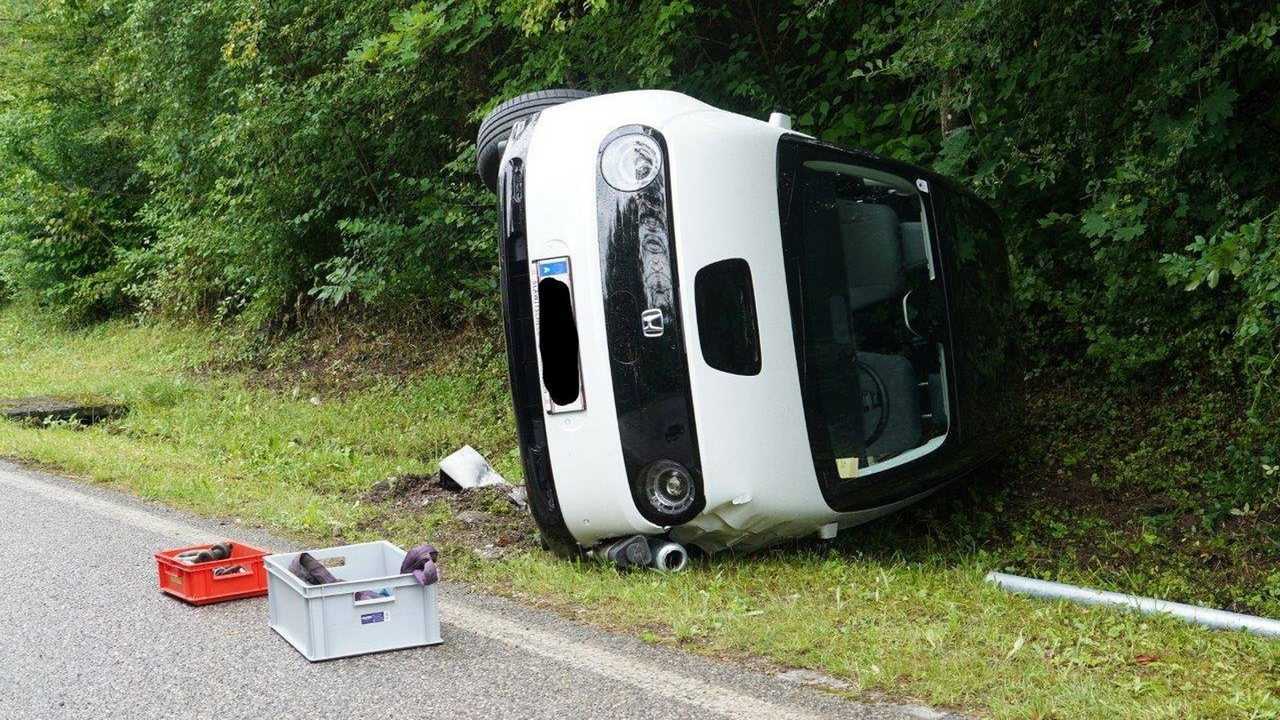 For what the pictures reveal, the Honda e must have hit the ditch with its rear left wheel, as if it oversteered. When it hit the pole, the impact was strong enough to make it bend underneath the left side of the urban EV. 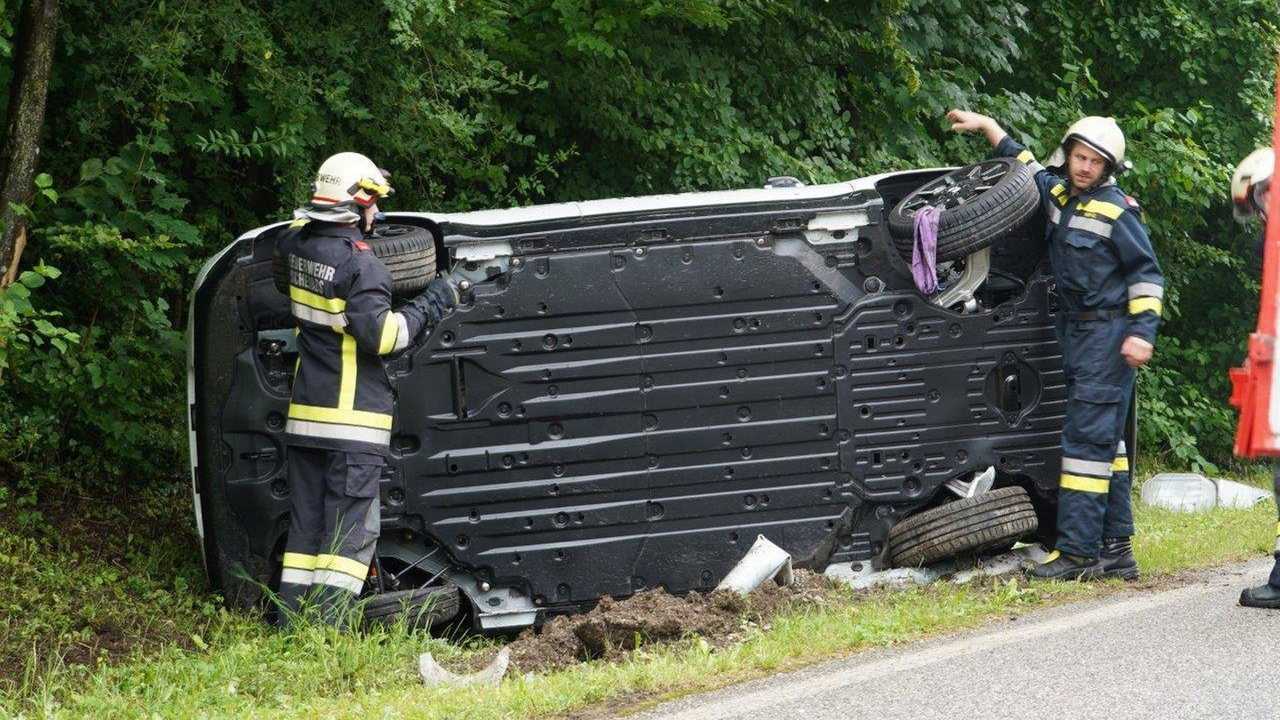 The pictures also reveal that it was raining at the moment of the rescue, but we cannot be sure if that was also the case when the accident happened. The driver did not get hurt. He was able both to get out of the car and to call the firefighters. 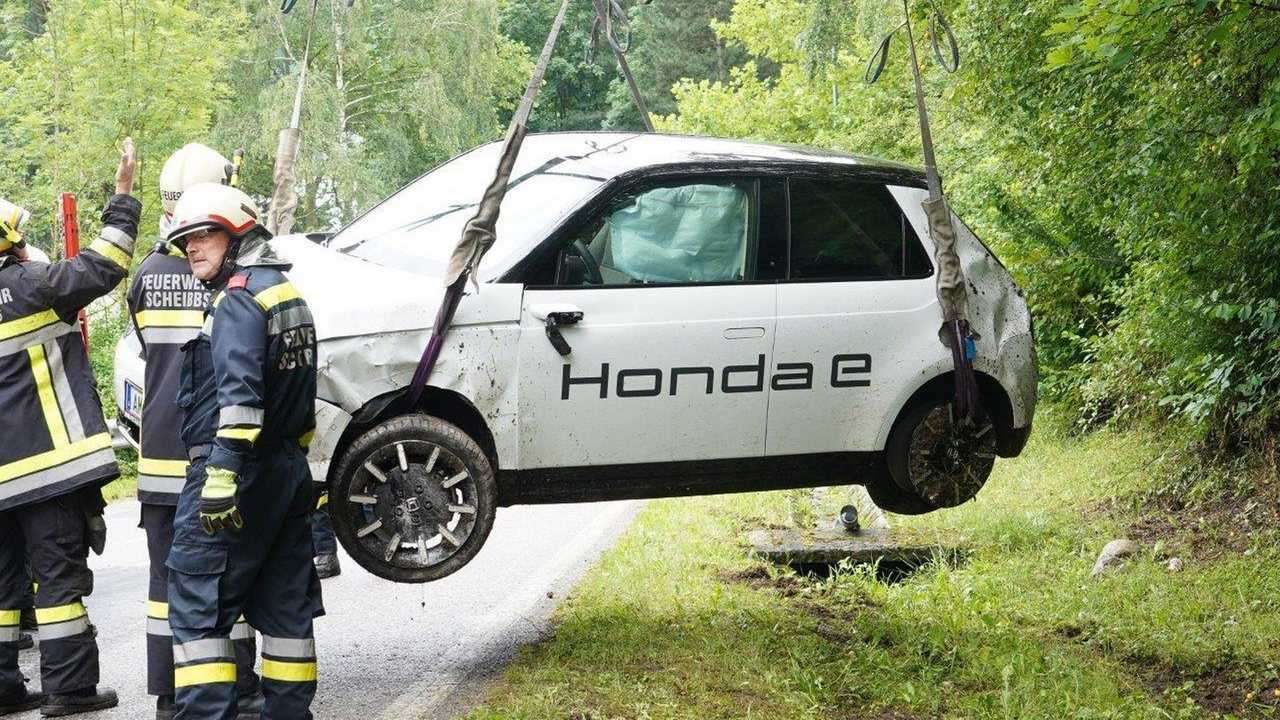 It is a pity we have no information about who the driver was. The stickers on the side of the car with its name make us guess that the small Honda was very likely a test drive unit. Was the driver a client interested in the vehicle? Was he a salesman? 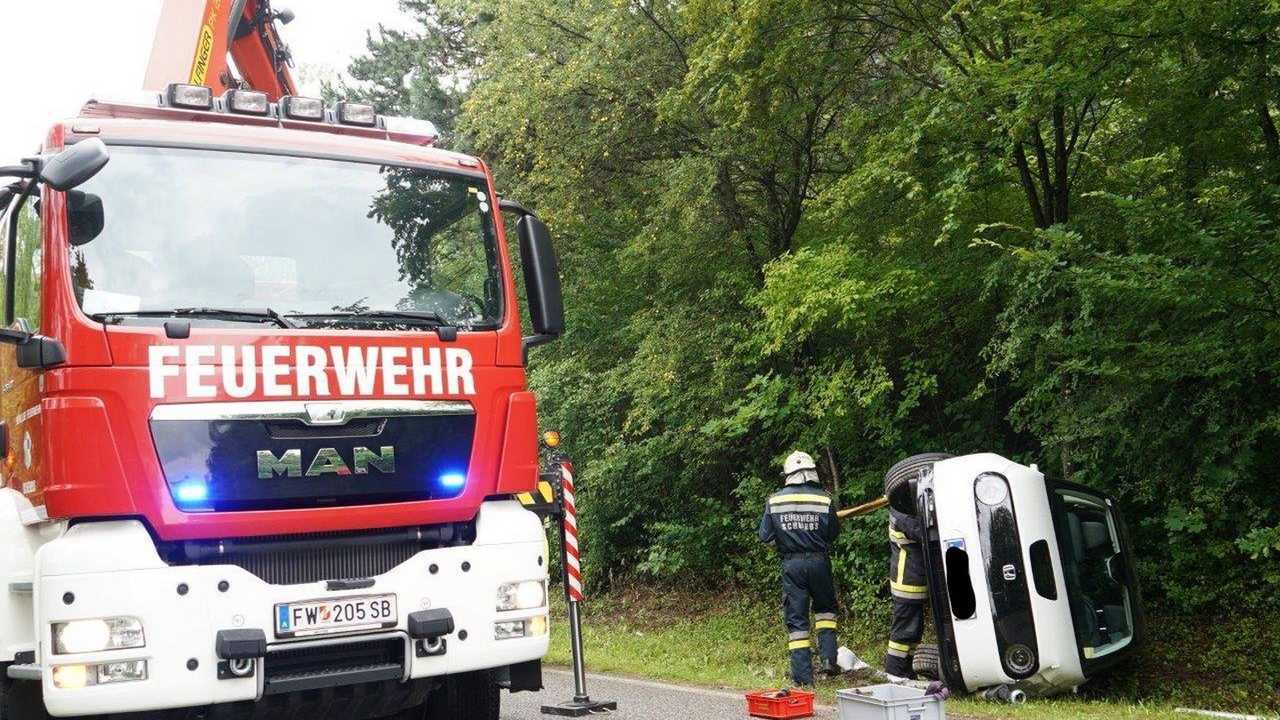 More than that, it would be nice to learn more about what caused the accident. Cars with short wheelbases are known to present tricky dynamic reactions. If they are rear-wheel-drive vehicles, as the Honda e is, that can be even worse. 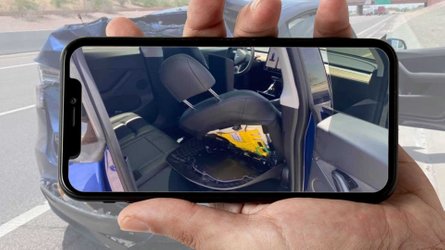 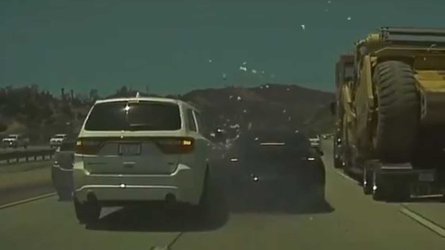 What caused the crash? Was it just bad luck? Did the characteristics of the car play a significant role? If you happen to know the driver or more details about the accident, please get in touch with us by email contact@insideevs.com or through our Facebook page. Austrian readers, we could really use your help with this one.