What up with the new Outlander PHEV then? Will there be new plug-ins?

Mitsubishi (part of the Renault-Nissan-Mitsubishi Alliance) announced a bunch of bad news on July 27, 2020 starting with a very poor financial report.

For the fiscal year ending March 2021, the Japanese company anticipates an operating loss of 140 billion yen ($1.33 billion). It will be the second year of losses in a row, and possibly the worst in "at least 18 years". The results were bad in 2019, but with COVID-19 the company is in really bad shape it seems. 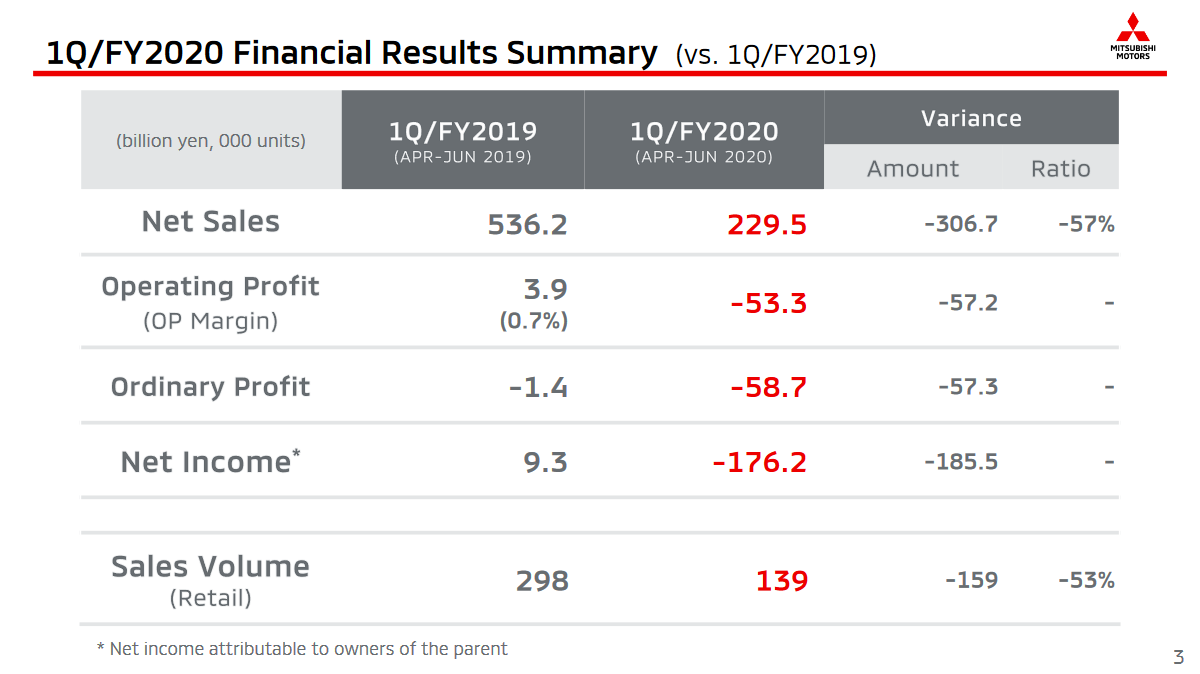 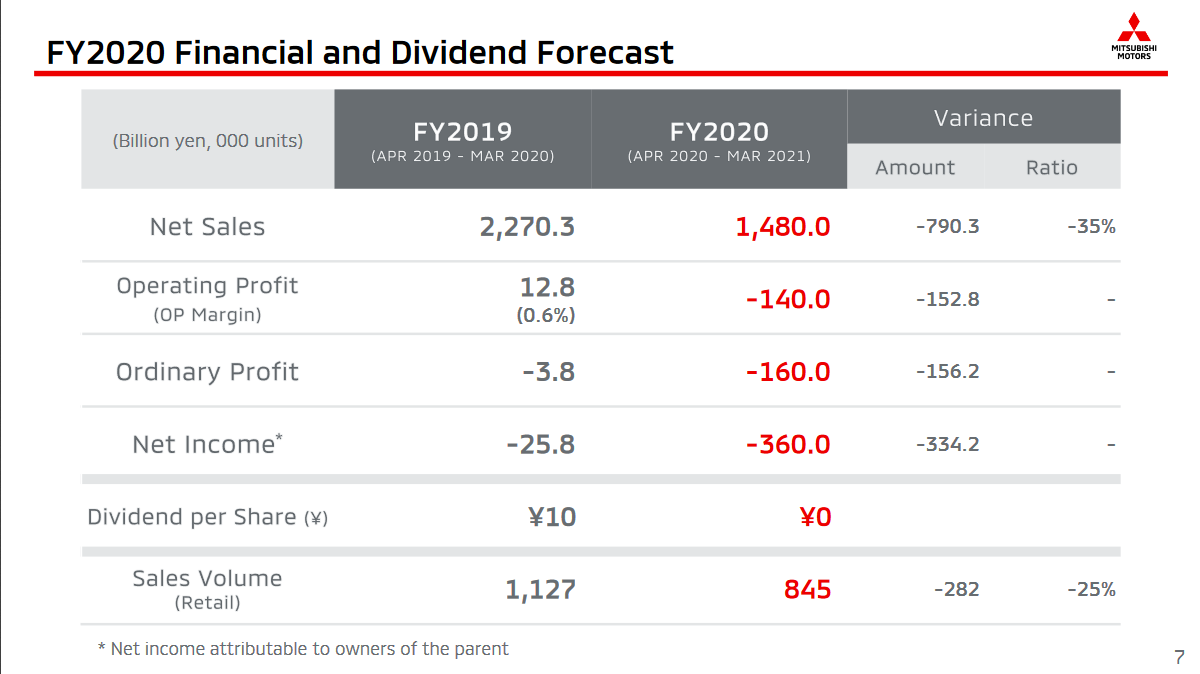 Because there is an urgent necessity to cut costs and the future is uncertain, Mitsubishi will close its Pajero Manufacturing Co., Ltd. plant in Japan. It means the end of the Pajero SUV (other products will be relocated to the Okazaki plant).

In Europe, Mitsubishi will freeze the introduction of new models (including the new Outlander), but will still be selling its existing lineup and provide after-sales and service.

"Announcement of Freeze of Introduction of New Models to European Market

Mitsubishi Motors Corporation, at its July 27, 2020 board of directors meeting, resolved to freeze the introduction of new models to the European market.

Sales of existing models will continue.

Additionally, after-sales and services will continue, for customers who prefer to use Mitsubishi products."

It looks like they are waiting to see how the recovery will perform, maybe to get some help from the Alliance, which is transforming to a new mode of operation. Assuming that the manufacturer can't exist long without new models, they will retire completely or change strategy/offer only some models in Europe.

In general, Mitsubishi's new three-year mid-term business plan (from fiscal 2020 to 2022) - "Small but Beautiful" - includes production cuts, layoffs, the closing of unprofitable dealerships, all to reduce its fixed costs by 20%.

The company will also focus on its "core regions and technologies to enhance profitability". They have no choice as the operating margin is negative at 9.5%. 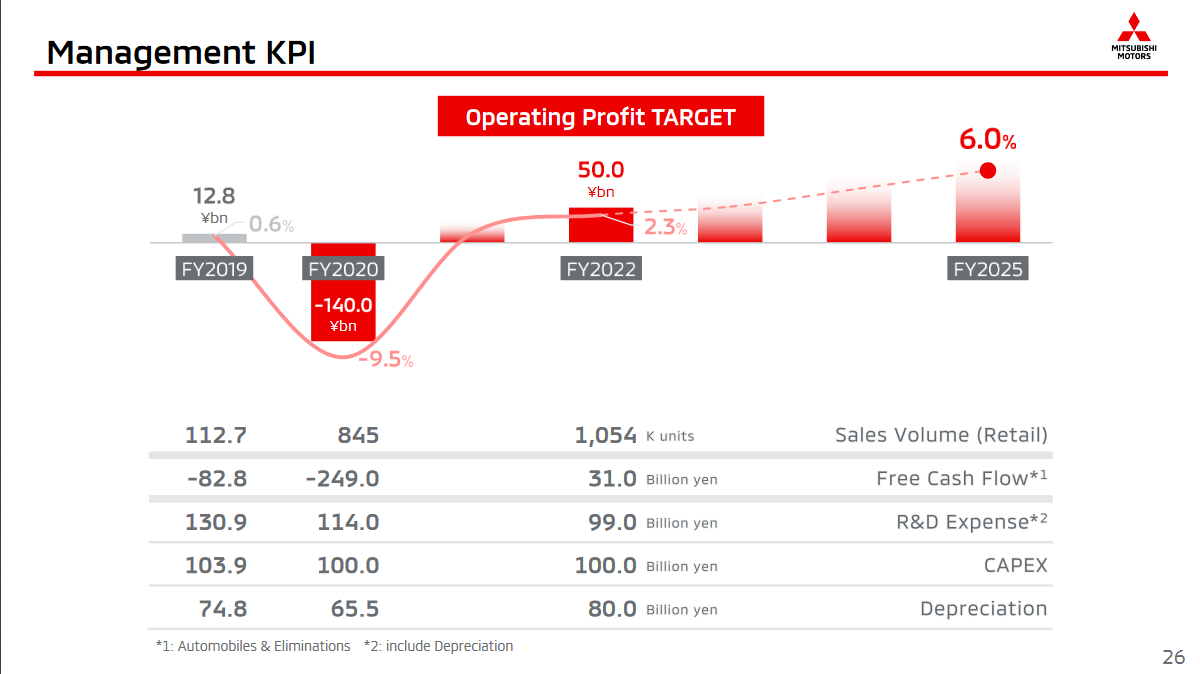 Just days ago, w learned that in North America, Mitsubishi will launch the next-generation Outlander in Q2 2021. However, the existing plug-in hybrid version will get an upgrade, probably similar to Europe/Japan some two years ago. In other words, the next-generation will not get the PHEV version from the start.

Moreover, it seems that the new Outlander (ICE) will be delayed by a year or so to 2021, while in Europe everything new is halted. The existing Mitsubishi Outlander PHEV will have to continue for a few more years.

Thankfully, Mitsubishi has released a presentation, explaining its new strategy, which shows that the Outlander PHEV is not dead. It will come in FY 2022 (by March 31, 2023).

Actually there will be several new plug-ins: 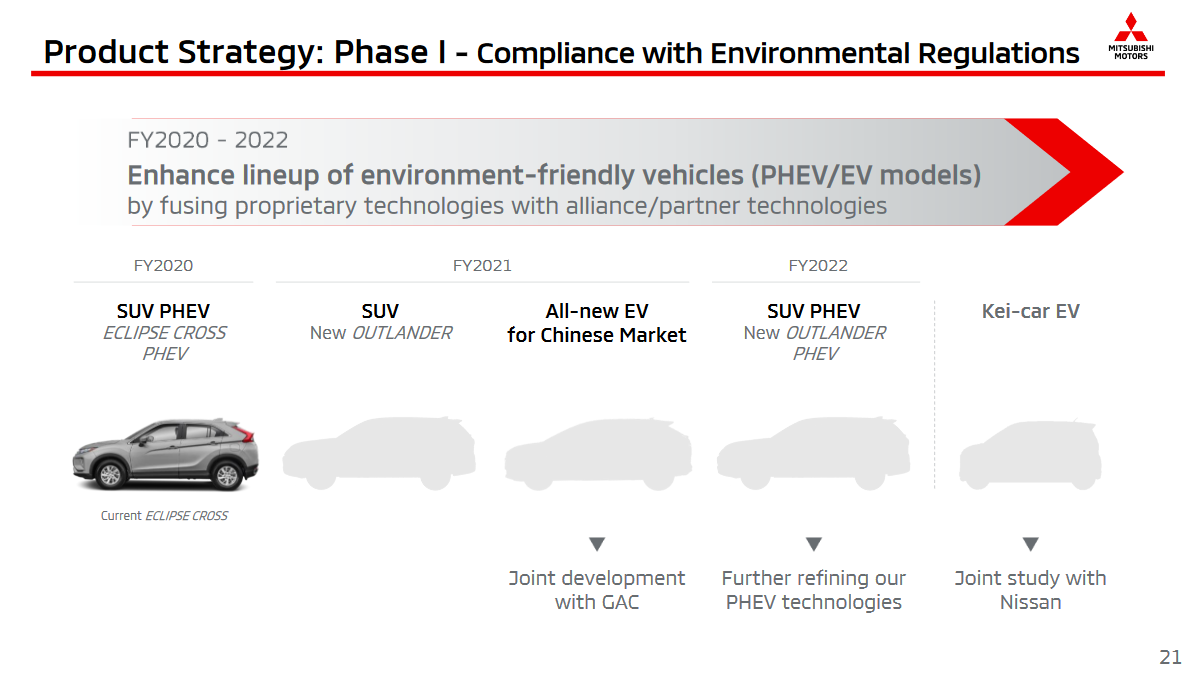 The positive news is that within months (by March 31, 2021) we should see the Mitsubishi Eclipse Cross PHEV - a small crossover/SUV plug-in hybrid.

And here is the broader view of new models coming in the ASEAN region where the company intends to focus: 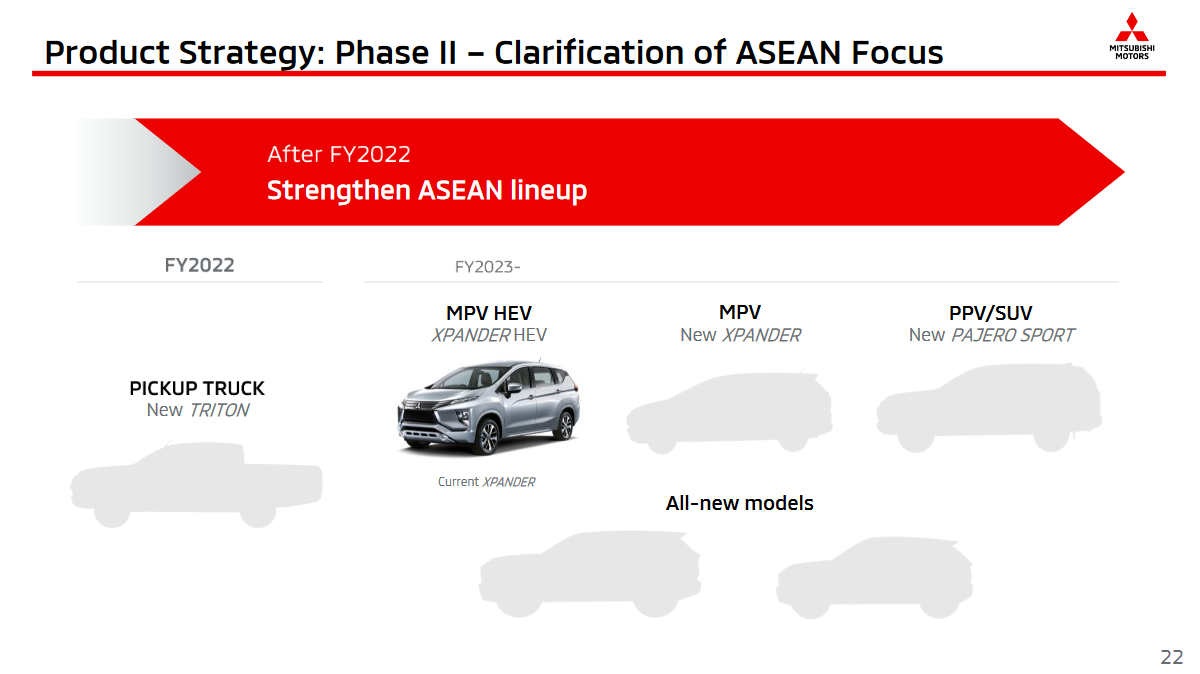 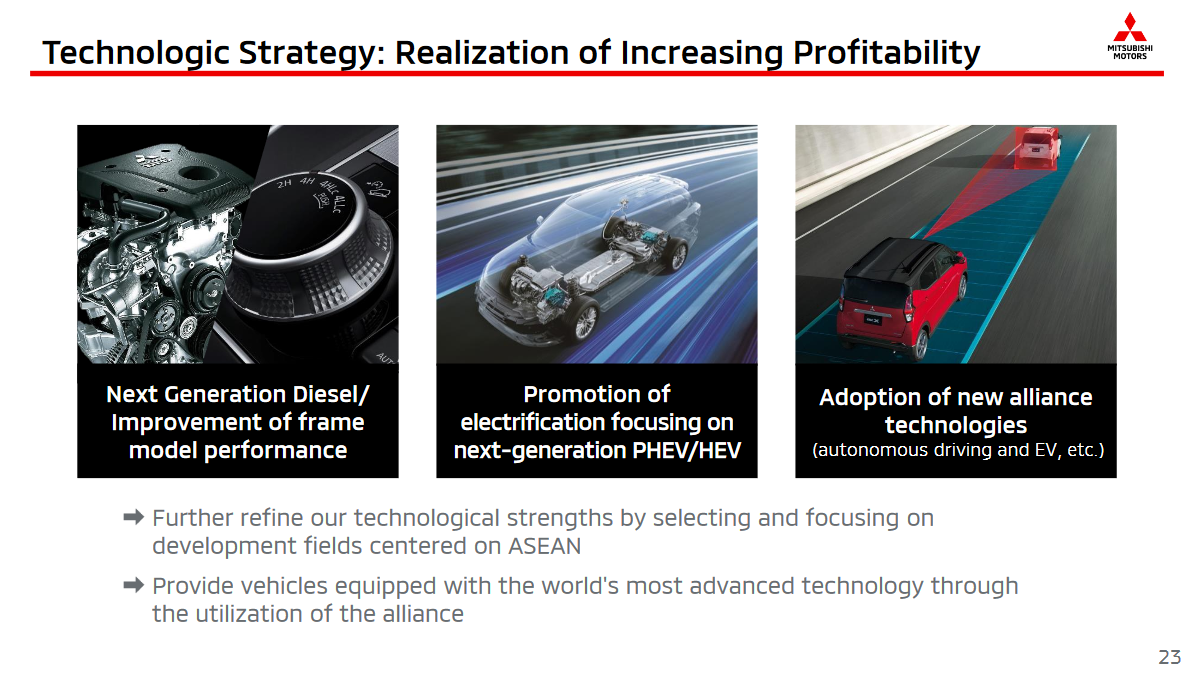 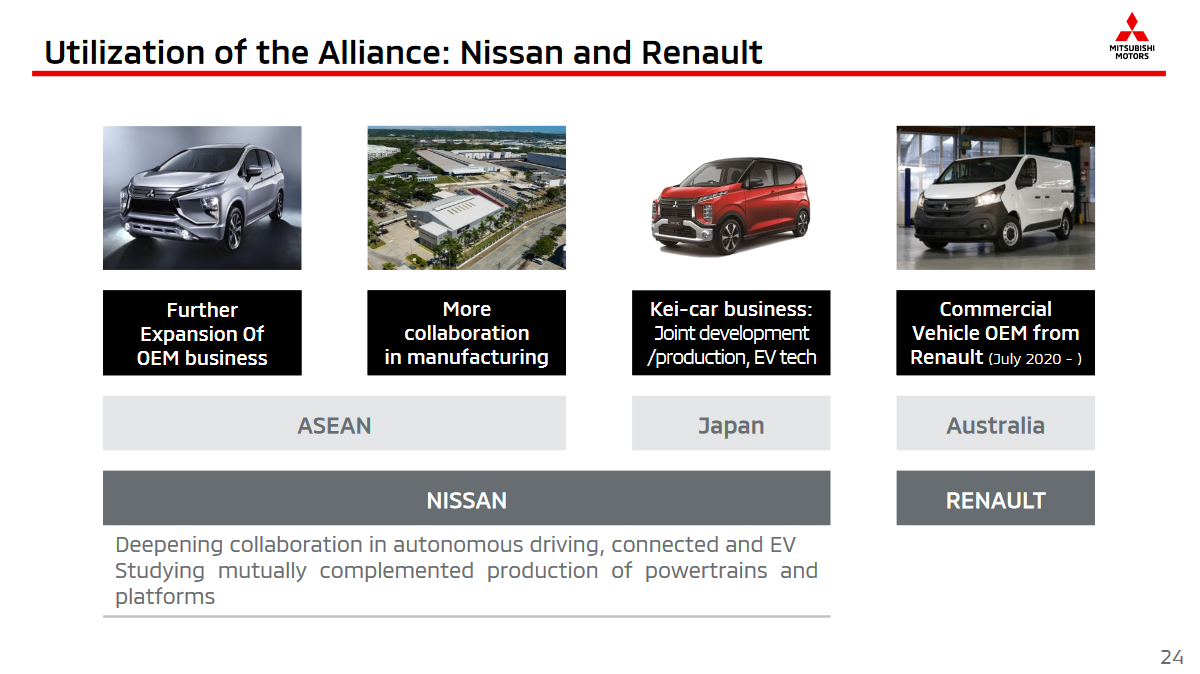 Tokyo, July 27, 2020 – MITSUBISHI MOTORS CORPORATION (MMC) today announced its three-year mid-term business plan (from fiscal 2020 to 2022), Small but Beautiful, to concentrate its management resources on its core regions and technologies. This plan focuses on cost rationalization and profitability enhancement to realize solid management foundation aiming at sustainable growth after the plan's three-year period.

The Small but Beautiful plan is based on structural reforms to significantly reduce fixed costs by production capacity optimization, the regional strategy as well as the product/technology strategies. Under this initiative, MMC will concentrate its management resources on the ASEAN region, where it is competitive. Also, MMC will expand its profitability by further enhancement of its unique, competitive-edge technologies such as PHEV, HEV and 4WD, also by introduction of cutting-edge models leveraging the Alliance partners' technologies. By integrating those technologies, MMC will launch environmentally friendly models that contribute to developing a society where people, cars, and nature can coexist in harmony.

"We will shift our strategy from all-round expansion to selection and concentration," said Takao Kato, representative executive officer and chief executive officer, MMC. "First of all, we will complete our structural reforms and further strengthen our competitive areas—ultimately to build a corporate structure that can surely generate profits during this mid-term period."

The main actions of this plan are as follows: