Tesla Isn't The Only EV-Related Stock That's Soaring: Is This A Trend?

This could be a trend somewhat like the internet boom in the 90s. 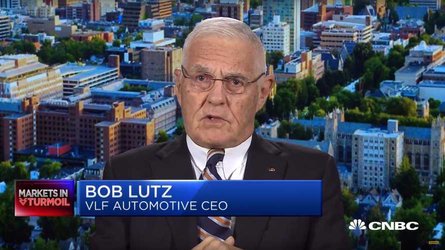 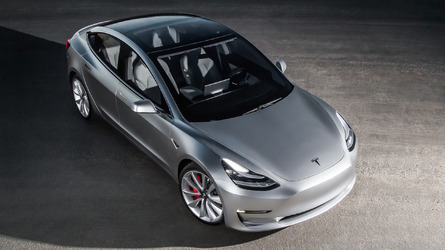 We’ve all noticed the meteoric recent run-up by TSLA stock. However, the California ‘conoclast is far from the only success story in the EV space. Some of the other publicly traded EV-makers have also seen their stock prices soar, and EV startups have been raising large sums in the venture capital market. Are these companies just piggybacking on Tesla’s stock success? Or is something deeper at work?

“Few parts of the stock market have been more exciting lately than the EV industry, as established automakers and new upstarts fight to take advantage of rising demand for sustainable transportation,” Dan Caplinger recently wrote in The Motley Fool.

Nio, a Chinese EV-maker with global ambitions, has seen its stock price quintuple since April. Shares in Nikola, which hopes to compete with Tesla in the Class 8 truck market, have levitated since the company’s unorthodox IPO in June, making founder Trevor Milton a tetrabillionaire. Lixiang Automotive (aka Li Auto), another Chinese EV-maker, just closed a Series D round of $550 million, and has now applied for a US IPO.

Workhorse has high hopes of building delivery vans for the US Postal Service, and its sister company, Lordstown Motors, will soon be producing e-pickups at a former GM plant in Ohio. This is no startup—it’s been around since 1998—but WKHS stock, after years of languishing in the $3 range, recently rocketed to an all-time high over $20.

Rivian, which hopes to launch an electric pickup early next year, and is ramping up to build 100,000 delivery vans for Amazon, currently sees no need to go public—it just scored $2.5 billion in new funding.

Above: EV stocks have been surging (Source: Bloomberg)

As Julian Spector, writing in Greentech Media, notes, startups in the charging infrastructure space have also been raking in cash. This trend is a little reminiscent of the 1990s internet boom, when investors flocked to small startups with innovative ideas—even though many couldn’t explain exactly what the companies did.

Here are just a few of the piles of cash handed over in this sector in the past few weeks: AMPLY Power, which offers Charging-as-a-Service for fleet operators, secured $13.2 million in Series A funding; FreeWire Technologies, a provider of “power solutions for the grid edge,” closed a $25-million Series B and debt financing round, led by BP Ventures; wireless charging startup HEVO Power raised $5.5 million in a Series A round; and Australian fast charging specialist Tritium snagged $45 million in a private debt placement.

A few weeks ago, we were wondering if the economic upheaval caused by the global pandemic would cripple the still-nascent EV industry. Now the prevailing sentiment is that the crisis is likely to accelerate the transition to electromobility, and investors, while still cautious about the short term, are eager to get in on what’s shaping up as a strong long-term growth play.

Above: Investments have been flowing into EV companies (Source: Bloomberg)

“Regardless of vehicle sales, the trends for EVs are just so ridiculously clear in the medium and long term,” Abe Yokell, Managing Partner at Congruent Ventures, told Greentech Media. “We’re investing on what happens in three to seven years, so the next year or two [are] much less relevant.”

“The overlay of COVID and how the economic environment is impacting EV sales is there in the back of our minds, but I wouldn’t say it’s something we factored in in a really heavy-handed way,” said David Hayes, Chief Investment Officer for BP Ventures, which has made several investments in FreeWire.

Of course, Tesla is the company that’s constantly in the headlines, and superficial observers may conclude that all these other firms are just riding in the industry leader’s slipstream. However, those who’ve followed the industry for years can point to several maturing trends that have little to do with Tesla. In Europe, emissions regulations are tightening and automakers’ EV lineups are growing. In the commercial segment, fleets are starting to deploy substantial numbers of EVs, and they’re learning that they need help with charging services.

That said, it’s undeniable that Tesla continues to be the trend-setter for the entire industry. And Bloomberg notes that these budding EV upstarts "whose shares are surging along with Tesla’s are [still] a long way from the sales volume achieved by Elon Musk."

Yet Tesla has shown what’s possible, technologically and financially—and that’s exactly what Elon Musk set out to do when he announced his Master Plan so many years ago. Tesla’s mission has always been about inspiring others to electrify, and now that finally seems to be happening in a big way.