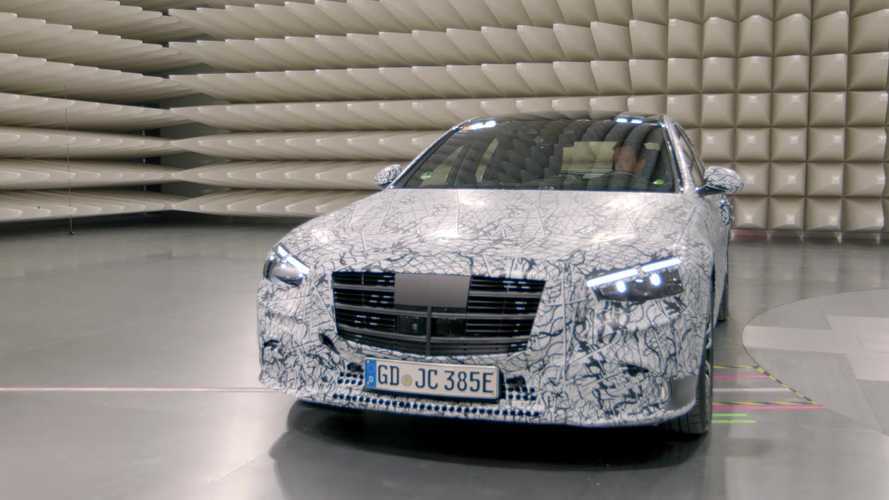 The next-gen S-Class plug-in’s pure-electric range will probably be enough for your daily commute.

Mercedes-Benz is slowly revealing bits of its all-new S-Class model, codenamed W223. As we’ve come to expect from the Three Pointed Star’s flagship model, it will be a technological and design showcase that foretells what the manufacturer has in store for the rest of its range in the coming few years.

But what really interests us is the announcement that the plug-in hybrid variant will have a claimed electric range of 100 kilometers or 62 miles (based on what we presume is the WLTP test cycle). We don’t know the specifics of the powertrain, but with that kind of range, it will be one of the longest-range PHEVs on the market.

Mercedes’ first batch of plug-in hybrids were badged 350e and they mated a 2-liter turbocharged four-cylinder engine with 208 horsepower to an 81 horsepower electric motor that draws from a 6.2 kWh battery pack. Then the manufacturer upgraded the system with more power and a bigger battery and started badging these updated PHEV models 300e, like the E300e we tested a while back.

For the S-Class, though, the automaker has a more potent setup in the S560e. The latter has a larger 3-liter six-cylinder turbo engine that together with an electric motor makes a total of 469 horsepower and 700 Nm (516 pound-feet) of torque. The battery is also bigger, a 13.5 kWh pack, which bestows the S560e with a claimed pure-electric range of 40 km (25 miles). Topping up the battery takes around 90 minutes via a 7.4 kW charger.

Mercedes does currently sell a plug-in hybrid model with a claimed range of almost 100 km (62 miles), the GLE350de. It’s a diesel PHEV with a maximum claimed electric range of 99 km (61 miles) thanks to a 31.2 kWh battery pack. We don’t expect the new S-Class PHEV to have this diesel-electric system, but it will probably share its battery with the plug-in GLE.

The all-new S-Class is expected to be fully revealed tomorrow, sporting a fresh design, big screens inside and the usual slew of innovations that we’ve come to expect from Mercedes’ top of the range sedan.