We put the Kona Electric to the test on a 150 kW DC fast charger.

How long does the 2020 Hyundai Kona Electric take to charge from 0 to 80%? We put one to the test at a 150 kW DC fast charger on the Electrify America network and record the entire session in time-lapse so we can bring it to you in the video above.

We recently completed our 70 mph highway range test for the Kona Electric, and before giving the vehicle back we drove it down to zero and limped in turtle mode to the Electrify America charging station in Fairfield, New Jersey before plugging in to charge it up to 80%. 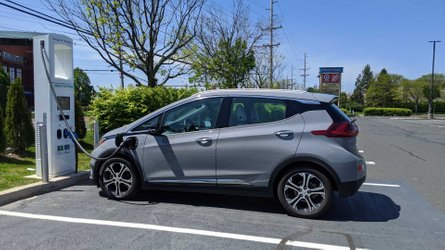 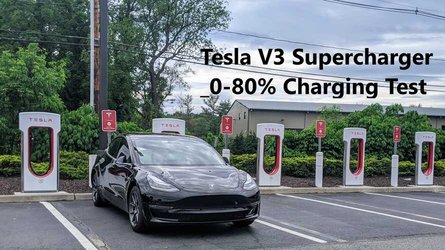 Tesla V3 Supercharger Test: We Find Out Exactly How Fast It Really Is

The Kona Electric is technically able to accept up to 77 kW, however owners rarely ever see their vehicles accept more than 75 kW. And that's a problem when charging on Electrify America's DC fast-charge stations. That's because Electrify America charges by the minute, AND by how much power the vehicle is capable of accepting, not the peak charging rate the vehicle achieves during the charging session.

When a customer initially plugs in their EV, the charging station asks the vehicle how much power it is capable of accepting, and that determines the pricing tier the vehicle is placed in. Therefore, when I plugged in, I was placed in the middle pricing tier and paid $.50 per minute. Hyundai and Electrify America addressed this issue and came up with the Hyundai Select Plan, that Kona owners can join and they will then be charged $.35 per minute.

The Kona Electric's battery has a usable capacity of 64 kWh. Therefore 80% equals a little more than 51 kWh. However, I was charged for 55.7 kWh, because that's how much energy was delivered to the vehicle, including the charging losses and energy used for the thermal management system during the charging session. That translates to about 92% charging efficiency.

It was a warm day, about 80°(f) and I had just finished a long drive, depleting the battery so it should have been nice and warm for the charging session. The Kona accepted over 60 kW almost immediately after plugging in, and gradually increased until it reached the peak charging rate of 72 kW when the vehicle was at 57% SOC. It held the 72 kW until 60% SOC, when the rate began to ramp down.

The vehicle charged to 50% in 30 minutes, which is a pretty good clip. Based on the Kona's 258-EPA range rating, that's about 130 miles of range added in a half an hour. Overall the Kona's charging rate isn't bad, but it's not great either. Having a large battery with long-range is great, but the DC fast charge rate should be proportional. Personally, I believe that a 100 kW DC fast charge rate would make the Kona Electric a much more capable long-distance EV.

So check out the video above and let us know if there's any other information you'd like us to provide when we do our DC fast charge tests.