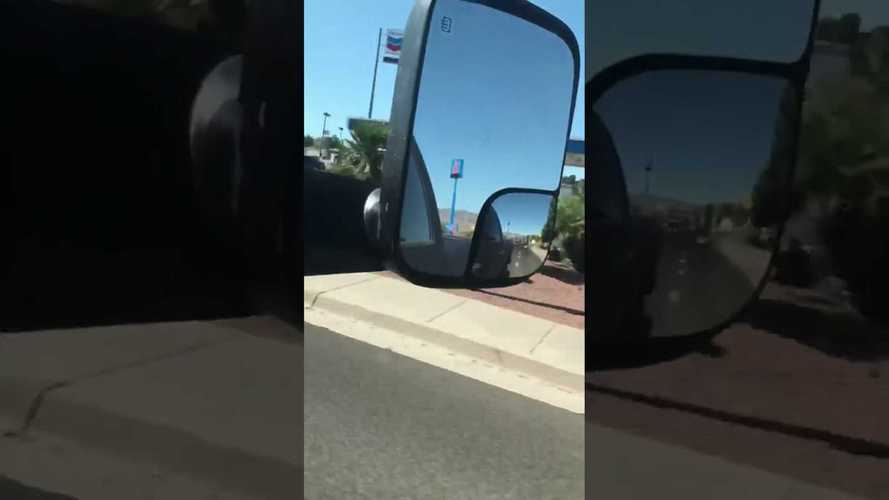 Yet another illegally modified diesel pickup truck that targets a Tesla. Warning: NSFW.

The driver of this Ram Cummins diesel pickup truck records himself in the act of illegally and intentionally coal-rolling a Tesla. It's a shame this coal-rolling continues.

***UPDATE: The video has been removed by the uploader, likely due to the fact that he captured and made public his own illegal actions.

Here at InsideEVs, we've covered numerous examples of diesel pickup trucks coal-rolling Teslas for no apparent reason. Sometimes, the coal-rolling may not be targeted at the Tesla, but rather just the illegally modified truck accelerating and puffing out smoke as these cancer-causing rigs do. In other cases, the coal-rolling combines with a bit of road rage on behalf of the diesel truck driver too.

It's not by coincidence that Teslas are often targeted by the diesel truck coal rollers. We've touched upon this in the past and have concluded that outside of the fear that electric cars will soon push diesel to the side of the road, another viewpoint is that these attacks are done due to differences in cultural and political beliefs. The coal-rolling truck owners often find themselves at odds with the belief that those who own Teslas all are environmentally-conscious individuals.

This video featured here is a bit unusual though as it's seemingly taken by the driver of the Ram diesel truck. More often than not, Teslas getting coal-rolled are captured and uploaded from TeslaCam videos. This one is the other way around with the truck driver basically bragging about this act.

The act of coal rolling (modifying a diesel engine to emit all sorts of crap) is illegal in most (if not all) U.S. states, it's just not always enforced, which is a shame.

But does the act of coal-rolling accomplish anything? We can't say that it does. The only outcome, aside from destroying the environment, it that occupants of the vehicles targeted by the coal rollers probably develop a certain high level of disgust for diesel and for the drivers behind the wheel of the trucks.