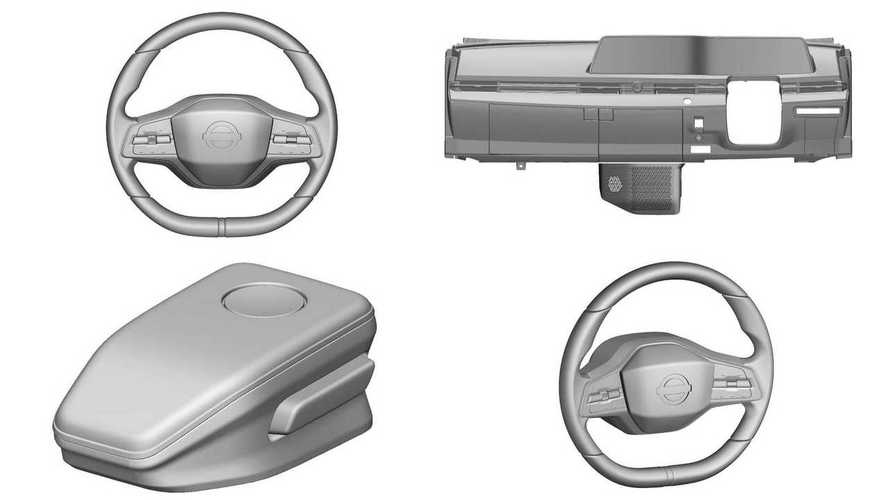 Have a look at the steering wheel, the dashboard, and the driver armrest.

When we last spoke about Nissan, the video the company released gave us the impression the Ariya is very likely to kill the Leaf. Unless the hatchback becomes more attractive – a water-cooled battery pack will help a lot – it may not attract as many buyers as the new electric CUV. If you are as curious to see it as the guys from AriyaForums.com, they have managed to see some parts of the car before anyone else. Thank European patent offices for that.

The user Will-Mac found three links that each reveal seven pictures of the steering wheel, the dashboard, and what seems to be the driver armrest. If you see that they still show a right-hand drive vehicle, they could refer to the concept car, but that is not the case.

Where’s The LEAF? Nissan Next Video Only Shows Ariya Among Future Electric Cars

The dashboard has a different shape in the upper part. While the concept has a curved line that comes from the upper part of the door panels, the superior surface of this instrument panel is way more conventional. It is clearly for the production version of the car.

If you pay attention to the part over small compartments that look like a divided glovebox, you’ll see they look like air vents just like the ones the Tesla Model 3 also presents. Nissan probably realized it is cheaper and perfectly capable of keeping passengers cool or warm, depending on what the weather demands.

The steering wheel seems to be precisely the same one the concept vehicle presented. It has a straight bottom, which gives it a more sporty feel. The buttons to control the sound system and the cell phone are still there.

Curiously, the least important part of the car is the one that proves it will be in the production version of the Ariya. Will-Mac says it is gear shifter, but it looks a lot like an armrest. The round part looks like a cupholder that retracts when you place a glass over it. The lever on the right side seems to be something you press to open the armrest and store small objects inside, such as sunglasses or coins.

Will the guys from AriyaForums.com have more patent discoveries to share before the new electric CUV reaches the dealerships? If they do, we’ll make sure to share them with our readers as well.