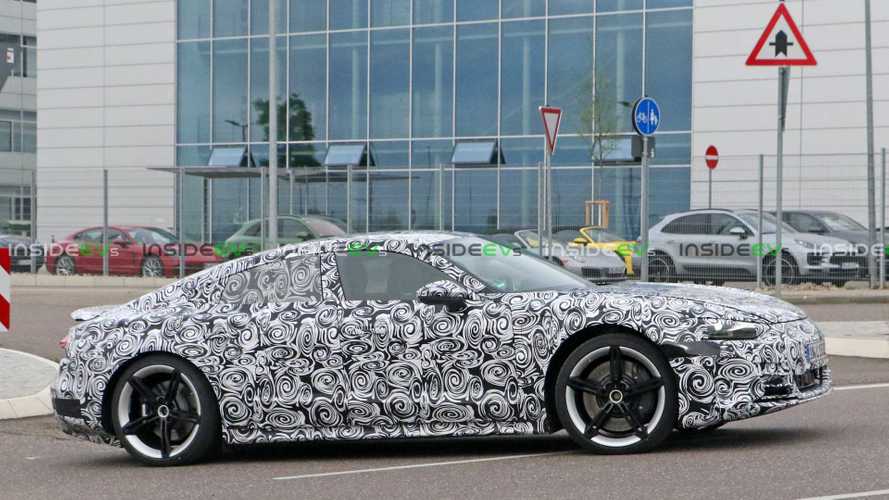 This car will essentially be Audi’s version of the Porsche Taycan; one of the prototypes is even riding on Taycan wheels.

Audi will launch its e-tron GT model next year as a more restrained looking (and probably cheaper) alternative to the Porsche Taycan. Two prototypes of this upcoming electric Audi model were spotted by our spies while being tested around Weissach, Germany, which is where Porsche’s headquarters is.

The cars were spotted while they were being driven out of the Porsche facility and one of them was even rolling on some Taycan rims. And that’s not an accident, because the e-tron GT will share its underpinnings with the Taycan, namely the J1 platform designed for high performance EVs.

We don’t expect the Audi e-tron GT to be quite as powerful as the Porsche Taycan Turbo or Taycan Turbo S, but we believe the top of the range model will be similar to the 2018 concept that previewed it. That study had 582 horsepower, a naught to 100 km/h (62 mph) time of 3.5 seconds and a claimed WLTP range of 400 km (249 miles) on one charge.

Regarding the look of the production e-tron GT, we can see through the camouflage that the car’s shape doesn’t appear any different compared to the concept. And even if we didn’t get a good look at the prototypes’ interiors, we expect the one from the concept to make it into production with minimal changes.

Audi is expected to reveal the e-tron GT later this year and it will go on sale in early 2021.