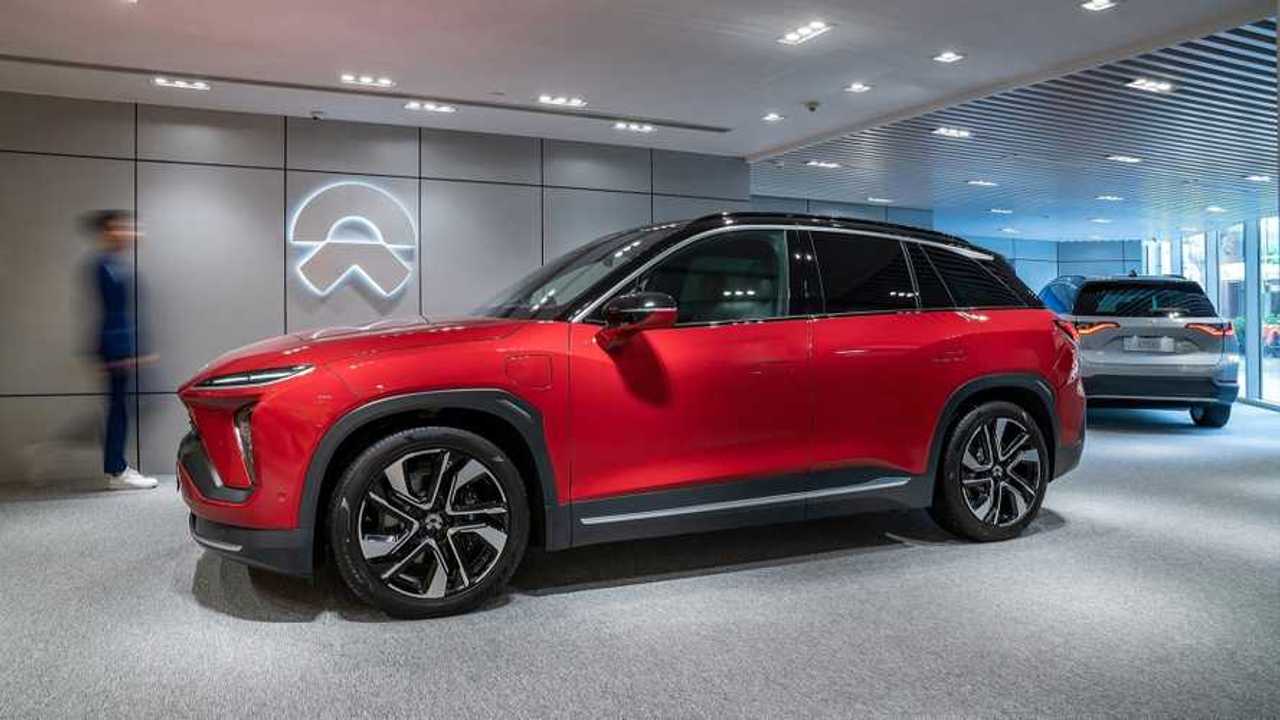 The NIO ES6 has been awarded the top mark for vehicle design in the 2020 Automotive Brand Contest. The ES6 took first place in the exterior premium brand category.

This isn't the first time the Chinese automaker has been honored at Automotive Brand Contest. Back in 2017, NIO won in the categories "Concepts", "Brand Design" and "Digital" for the fully-autonomous concept car dubbed “EVE”.

However, this was the first time NIO has left the Automotive Brand Contest with an award for an actual production vehicle, making the victory even more appreciated.

After we already won prizes with NIO “EVE”, this important award is now the first for a series-production vehicle from NIO. The fact that the jury awarded our production-ready work top marks means a lot to us. It confirms once again that we are on the right track with our guideline ‘Driven by Design’. - NIO's Vice President of Design, Kris Tomasson

NIO encourages customers to make a reservation so they can avoid customers waiting for other vehicles to be serviced. At the time, NIO had approximately 125 battery swap locations, but that number has most likely increased since our visit 5 months ago.

In order to more easily accommodate NIO's different vehicle offerings at the battery swap stations, the battery packs for all NIO's cars are all the same physical size and have the same connectors for electronics and liquid cooling. While they are the same physical size, they do come in different sizes as far as energy storage. There's a 70 kWh pack, an 84 kWh pack and soon there will be a 100 kWh one as well.

There's no charge to swap your pack for a fully-charged one that's the same size as yours, but if you want a larger-capacity pack, you pay a daily rental fee until you return it. Therefore, ES6 or ES8 owners that paid for the 70 kWh battery pack can rent a 100 kWh pack for a few days if they were going on a long road trip.

The Chinese electric car manufacturer NIO has received the top mark in the Automotive Brand Contest 2020 for the vehicle design of its second production model ES6. The company took first place in the category Exterior Premium Brand.

NIO had already been able to win prizes in the categories "Concepts", "Brand Design" and "Digital" for the concept car “EVE” in 2017 when participating in the Automotive Brand Contest. Now a further award has been added, which has a special significance for NIO. NIO's Vice President of Design, Kris Tomasson, who is responsible for all creative functions of the brand and automotive design, says: "After we already won prizes with NIO “EVE”, this important award is now the first for a series-production vehicle from NIO. The fact that the jury awarded our production-ready work top marks means a lot to us. It confirms once again that we are on the right track with our guideline ‘Driven by Design’."

The Automotive Brand Contest is the only international design competition for automobile marques and has emerged as the important event in the sector. With the competition the German Design Council honours outstanding product and communication design and draws attention to the fundamental importance of brand and brand design in the automotive industry. In this context the focus is on the integral and consistent use of the brand across all media and products.

NIO Inc. is a pioneer in China’s premium electric vehicle market. Founded in November 2014, NIO’s mission is to shape a joyful lifestyle for its users by offering premium smart electric vehicles and being the best user enterprise. NIO has brought together global talents and established R&D centers and manufacturing facilities in Shanghai, Beijing, San Jose, Munich, London and five other places; NIO has initially set up the user service network with nationwide coverage in China. In 2015, NIO Formula E team won the inaugural FIA Formula E Drivers’ Championship; in 2016, NIO launched EP9, one of the world’s fastest electric vehicles, which broke lap records and the world’s autonomous driving records in global-famous tracks like the Nürburgring Nordschleife; in 2017, NIO unveiled the vision car EVE. NIO started the deliveries of the ES8, a 7-seater high-performance premium electric SUV, in China on June 28, 2018. On September 12, 2018, NIO went public on NYSE. NIO officially launched the ES6, a 5-seater high-performance premium electric SUV, on December 15, 2018 and began the first deliveries of the ES6 on June 18, 2019. In December 2019, NIO officially launched the EC6, a smart electric Coupe SUV, and the all-new ES8, a fully elevated smart electric flagship SUV. Delivery of the revised version of the first production vehicle ES8 started on April 19, 2020.