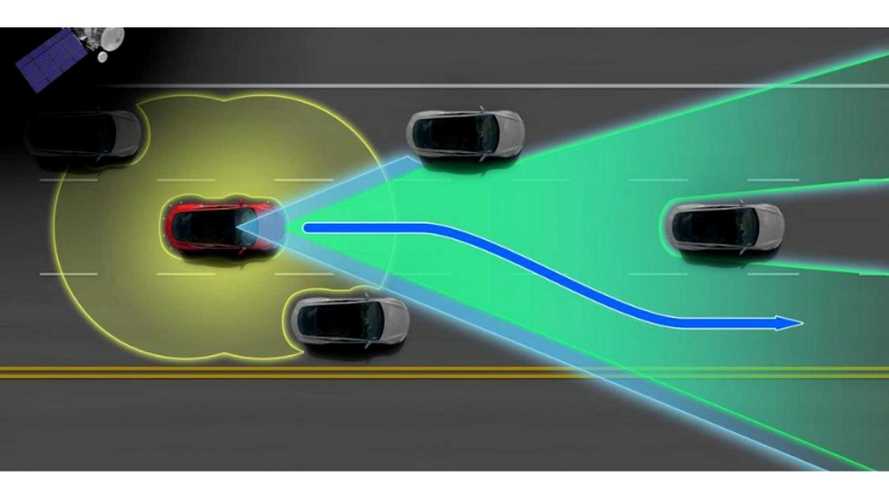 This is getting ugly.

Xpeng Motors has been quiet regarding the ongoing civil lawsuit filed by Tesla against one of their former employees, Guangzhi Cao, but that silence has ended today. Tesla alleges Cao, before leaving the company, downloaded Tesla's Autopilot source code so he could bring it with him to XMotors, the US subsidiary of Xpeng Motors.

Tesla filed the lawsuit against Cao last March, alleging that the former autonomous driving technology engineer took Tesla's proprietary Autopilot source code. Upon leaving Tesla, Cao went to work for XMotors, and it's Tesla's belief that Cao downloaded the source code to give to his new employer. Cao admits that he did download Tesla Autopilot source code, but that he deleted it and never provided XMotors with any of it.

It's important to note that Tesla hasn't initiated litigation against Xpeng Motors or XMotors, the lawsuit is strictly against Cao. That's most likely because Tesla doesn't have proof that XMotors had anything to do with Cao's theft, or that they ever received any of the stolen autopilot source code.

Tesla unmistakably relies on distortions and misrepresentations of the record, and forensic sleights of hand…attempting to smear XMotors by association. - XMotors statement

The timeline of events in the Tesla vs Cao case:

XPeng's comparison of how their XPilot system differs from Tesla's Autopilot:

Once XMotors learned of the lawsuit they put Cao on leave, pending the outcome of the litigation, where he's still waiting. Last year when the suit originated, Tesla requested a lot of information from XMotors, and the company says they have complied with previous requests, providing Tesla with more than 12,000 documents. XMotors also provided Tesla with a forensic image of Cao’s laptop.

Now in 2020, Tesla has asked for a treasure trove of additional information, some of which XMotors claims is unrelated to the case against Cao, and proprietary in nature. It appears that XMotors' patience is running thin with what they consider a never-ending request for more and more documents and unrelated proprietary tech, and has filed a Motion to Quash, in an effort to stop what they view as an overreach. To view the Motion to Quash in its entirety, click here.

XMotors claims they have nothing to hide and they reiterate that there's no proof that they have engaged in any wrongdoing. XMotors contends that after over a year of litigation, Tesla has failed to show any credible evidence that:

According to the motion, Tesla is asking for, among other things:

XMotors is also seeking to block Tesla's subpoenas for XMotors to be forced to provide Tesla with XMotor's autonomous driving source code and various source code related files. XMotors claims these are far beyond reasonable requests, especially since Tesla's lawsuit isn't against XMotors, it's against their former employee, Cao.

Therefore, after remaining quiet over the past year, XMotors is now breaking its silence and punching back. When asked why it took to so long to offer a statement, I was told they wanted to comply with the requests from Tesla, so they could prove to them that they had nothing to do with any wrongdoing. However, it seemed like the more they provided Tesla with, the more Tesla asked for, and they finally decided that they'd had enough.

In another twist to this case, Tesla asserts that the ex-Apple engineer, Xiaolang Zhang, who was criminally accused of stealing proprietary autonomous driving technology from Apple, was possibly connected to the Cao and to his case with Tesla. However, they have provided no proof of any connection between the two cases.

XMotor's response to these additional allegations:

Tesla wants to conflate its lawsuit against Dr. Cao with the Zhang case, peddling speculation and stereotypes by focusing on the fact that they are both Chinese engineers. XMotors has nothing to do with the criminal prosecution against Mr. Zhang, and is aware of no connection between him and Dr. Cao.

It's important to note that this isn't the first time Tesla has sued a former employee, alleging that they stole proprietary technology before leaving the company. Back in 2017, Tesla sued their former head of Autopilot, Sterling Anderson, after he left the company and partnered with the former head of Google’s self-driving program to start a new company called Aurora. Tesla later dropped the lawsuit.

“Tesla’s meritless lawsuit reveals both a startling paranoia and an unhealthy fear of competition. This abuse of the legal system is a malicious attempt to stifle a competitor and destroy personal reputations. Aurora looks forward to disproving these false allegations in court and to building a successful self-driving  business.” - Aurora

Is Tesla right to go after XMotors in this case?

Intellectual property theft is a serious problem. Tesla has poured hundreds of millions of dollars into its Autopilot program and they have every right to go after any person or entity that has stolen their proprietary tech. It's also well documented that some Chinese companies have been engaging in IP theft for many years, and the Chinese government doesn't do anything to deter them from doing so. It's also clear Cao downloaded Tesla source code, which is against company policy, as he admitted that much himself. If Tesla believes they've been wronged, we support their efforts to bring the responsible parties to justice.

However, to date, there appears to be no proof at all that XMotors had anything to do with Cao copying Tesla's code or that they ever benefited from it. It seems to us that so far, XMotors acted appropriately in supplying Tesla with everything they asked for in the initial requests. However, in the latest round of requests, XMotors believes Tesla is asking for information that far exceeds what is reasonable. Tesla is asking for XMotor's own proprietary autonomous driving source code, and XMotors has the right to keep from sharing that with a competitor. Without some evidence that XMotors was involved in the theft from Tesla, They shouldn't be forced to turn over their own proprietary technology.

We cannot allow ourselves to assume XMotors was complicit to wrongdoing in this case, simply because other Chinese companies have done what XMotors is being accused of. We need facts to convict, and so far, with over a year of exhaustive investigation, there doesn't appear to be a shred of evidence to link XMotors to the stolen source code. If that changes, we'll be the first to report it here, but until then, we support Xpeng's efforts to defend their own technology and for standing up to Tesla and saying "Enough is enough".