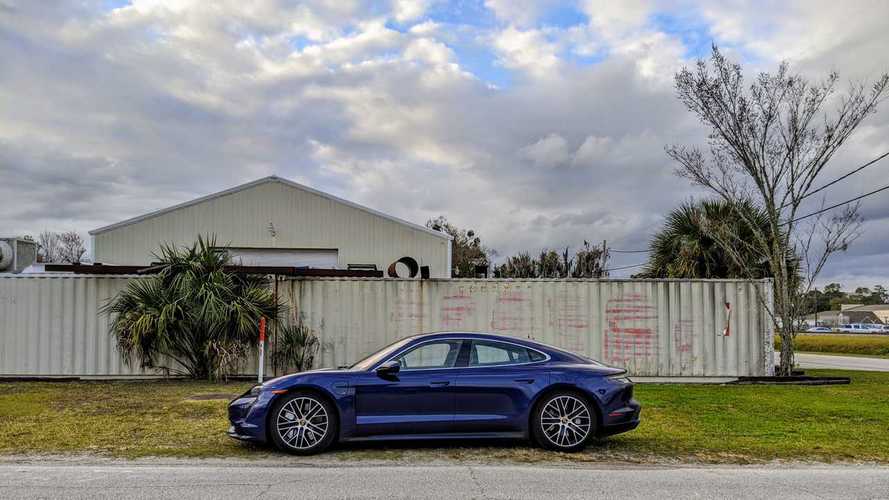 The more Taycan choices the better.

According to Car Magazine, Porsche is working on a lower-cost 2 wheel drive version of their Taycan all-electric sports car. We think that's great news because we love the Taycan, and as far as we're concerned, the more variants of it the better.

How much lower the cost will be is unknown, but if we're sure it will start that's at a price point that's comfortably under $100,000.

Porsche Gave David Patterson A Taycan Turbo S: What's It Like To Live With?
⠀

Porsche Taycan Turbo Is The Ultimate Driver's Car, But Will It Drift?

However, the Taycan 4S comes standard with a 79.2 kWh battery with the 93.4 battery pack available as an option called "Performance Battery Plus". That option will add an additional $6,580 to the Taycan 4S's starting price of $103,800.

'There will be entry-level models coming off the Taycan,' R&D chief Dr Michael Steiner said in a phone interview during the coronavirus crisis. 'There will be a rear-wheel drive model with a smaller battery to make it more accessible price-wise, especially for markets that don’t need 4wd - places like China, where weather conditions mean you don’t need it.'

Porsche told Car Magazine that the new Taycan will also have a smaller battery. However, they didn't really clarify what it would be smaller than. Did they mean it will only be available with the 79.2 kWh battery that's standard on the 4S? Or will Porsche develop an even smaller battery pack for this new Taycan variant?

We're betting the former, and that Porsche will make the 79.2 kWh battery the only option for this new entry-level Taycan. We really can't imagine them developing an even-smaller battery for the Taycan.

We doubt that Porsche would offer a Taycan with less range than that, even the entry-level one. Still, the new could be a really interesting option if Porsche can get the price down around the $85,000 range. Perspective buyers could then tack on some popular options and still come in under $100k.

Thoughts? Is Porsche watering down the Taycan line too much? Or should they expand on it as much as possible and bring more customers into the Taycan family? As always, let us know in the comment section below.