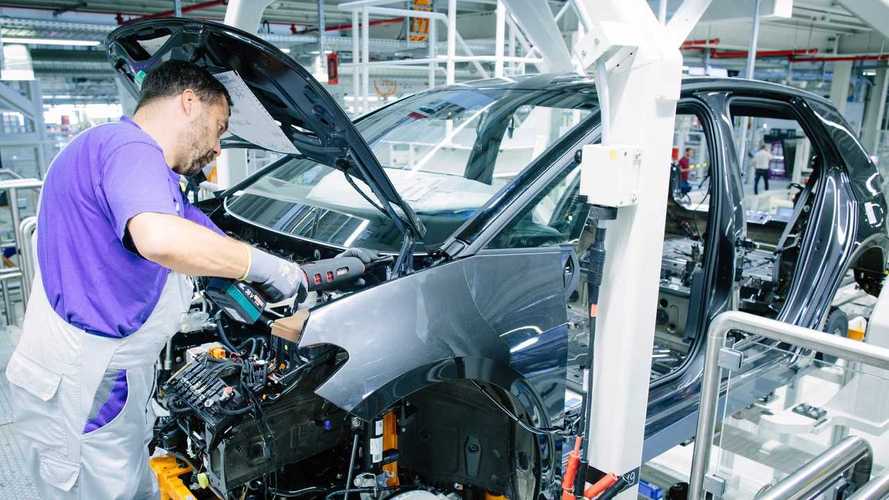 After over a month break (since March 20), Volkswagen ID.3 production in Zwickau, Germany will restart tomorrow (April 23) as the German manufacturer gradually adapts to the new reality.

The company was making "over 100" ID.3 per day before the coronavirus outbreak and we assume that thousands were already produced.

The latest news is clear about the planned market launch this Summer - no change here. Frankly, there would be no point to delay anything as there are customers who placed orders and many of the 30,000 1ST cars were already produced.

Volkswagen e-Golf To Stay In Production Longer Than Anticipated

The only missing piece of the puzzle for Volkswagen is probably the software for the ID.3, but as the company multiple times reiterated the Summer launch date, we assume they are sure it will be ready by then.

"Vehicles built will be equipped with whatever version of the software suite is current at the corresponding time of their production and prior to their delivery to customers in summer will receive the latest version. Subsequent to the market launch the digital functions will then continue to be updated in regular increments in the following months,"

In the video below, VW says that "all the features are available" and notes that it's just putting the finishing touches on the ID.3.

The Zwickau plant is expected to produce six MEB-based models at a rate of up to 330,000 annually and several models are already known:

Beside Zwickau, Volkswagen restarted the Bratislava, Slovakia plant and is moving forward with other sites globally (in China 32 out of 33 sites are already online).