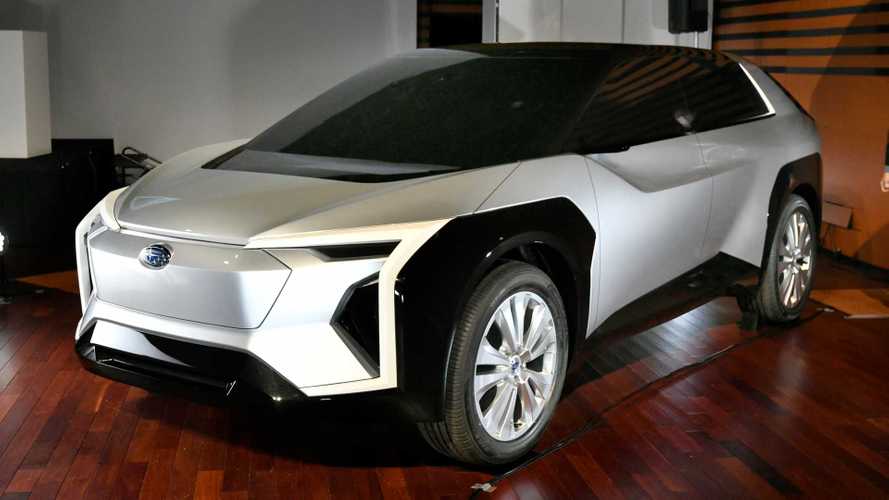 Subaru is one of those manufacturers who have not heavily invested in shifting to electric or electrified vehicles. Right now it only sells the XV Crosstrek hybrid, but that may change with the introduction of a new all-electric crossover which is expected to be called Evoltis.

The information that this battery powered high-riding Subaru is on its way comes from several sources, but it appears it will be co-developed with Toyota. The two manufacturers have collaborated in the past, for projects like the GT86/BRZ (including the upcoming second generation of those models), as well as the aforementioned XV hybrid whose electric side of the powertrain is actually said to be related to what you find in a Toyota Prius.

Subaru Wants To Sell Only EVs By Mid-2030

It may have as much as 280 horsepower and a range in excess of 300 miles (480 km) and its design will be similar to that of the concept Subaru revealed earlier this year. Regarding the name, Subaru apparently applied for a U.S. trademark for the name Evoltis, although the name may be used on more than one global model.

Don’t expect to see the production version of the concept hit showrooms, though. If you’re familiar with Subaru, you know the manufacturer shows a concept that is quite good looking and exciting, but then dramatically waters down the design of the production version. Hopefully, this won’t be the case this time, because at least the design study they showed is very bold; whether or not it actually looks good is debatable, but it certainly pops.

We don’t exactly know when the production version will debut and eventually reach showrooms, although Subaru did say this will happen before the middle of the decade (and some say it could be as early as 2021).