The COVID-19 infection prevented the 2020 World Car Awards ceremony. It would happen at the New York Auto Show, but the Javits Center became a field hospital, and the auto show was postponed. The good news is that electric cars swept the awards: the Porsche Taycan won as 2020 World Performance Car and World Luxury Car and the Kia Soul EV won as World Urban Car. Three out of five titles belong to electric vehicles, even if they did not make it to the main prize yet.

That honor was given to the Kia Telluride. The other prize, World Car Design of the Year, went to the Mazda3, but the Porsche Taycan almost won that as well. It achieved 177 points. The Mazda had 179. Call that close!

The Porsche Taycan became the World Performance Car with 867 points. That is even more meaningful when we realize the second place, with 809 points, went for the Porsche 911. In the third spot, with 776 points, we had another Porsche, the 718. That makes the Taycan the best Porsche in place despite the recent body panel alignment issues it presented.

When it comes to the World Luxury Car award, the Taycan faced the competition of the 911 and the Mercedes-Benz EQC – good to see another EV around. The Taycan beat its older brother by 60 points (846 against 786), and the EQC got the third place, with 778 points. 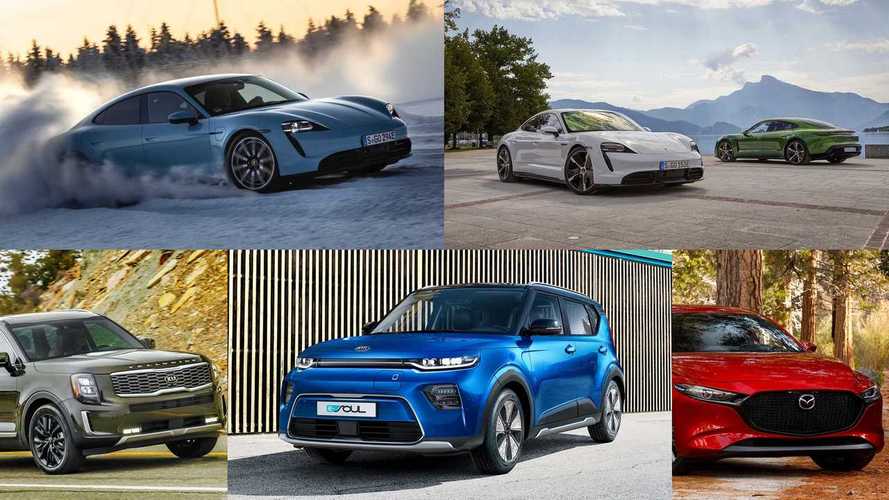 Finally, the Kia Soul EV competed against another EV – the Mini Cooper SE Electric – and the VW T-Cross. Again, the other EV took the third spot, with 574 points. The T-Cross achieved 702 points, but they were no match for the 751 points the Soul EV received.

Among the jurors, there are some we know quite well. You could not call them EV advocates. On the contrary: some are gearheads to the bone. But they are also outstanding journalists and refined car testers. If three titles out of five ended up with EVs, this is not due to any bias or personal belief. They chose the Taycan and the Kia EV due to their qualities. That shows a world without oil is even closer than we could expect – even without COVID-19 pressures to get there.