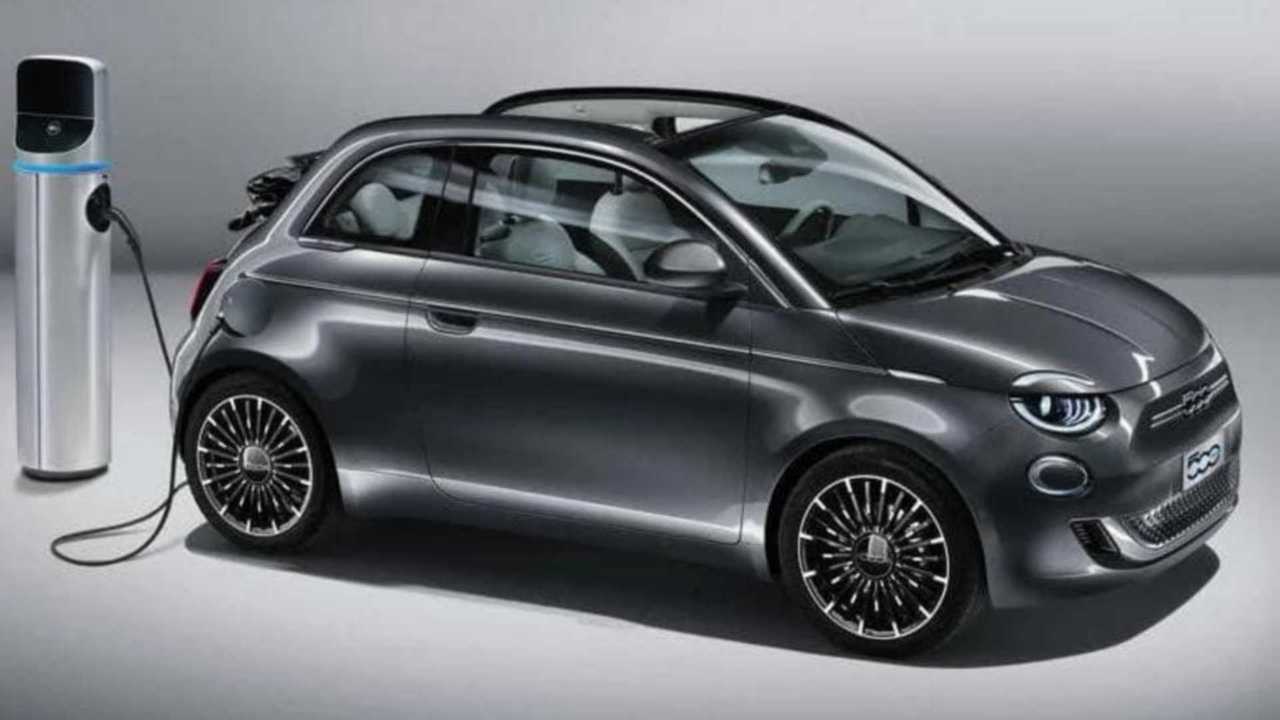 The first images were on an Italian website and show an evolutionary design.

The Fiat 500 Electric Cabrio had already been photographed on an outdoor photoshoot, as we told you a while ago. That was a clear sign the little urban car was not willing for the Geneva Motor Show to open its gates to reveal itself. With the Swiss event canceled, it decided it was time to show up and did so, as you can see in the gallery below. The images came from the Il Sole 24 Ore website.

The external images show an evolutionary design and confirm what we have already reported on our first article: the third-generation 500 is bolder, with larger rear-view mirrors mounted where the A-pillars meet the car beltline. The interior is what impressed us the most.

The image above reveals a massive central touchscreen that must control not only the infotainment system but also the air-conditioning. The buttons below it must be redundancy for such controls. Right underneath, we can apparently see a niche for small objects.

The dashboard preserved its round style, but it is very likely digital, which will possibly make it easier to read.

The front end does not have a Fiat logo anymore, but rather a large 500 logo, which implies that the 500 will now be treated as a subbrand inside Fiat. It is not very different from what the 500X, the 500L, and the 500C already did, but the new logo makes it official, in a way.

While some say the new platform will be used for ICE-powered versions and the fully-electric one, Autocar says the new 500 will be an electric-only car and that the combustion-engined versions will remain on the current platform. In other words, the old 500 will still be on sale with updates, and the new one will rely solely on a battery pack.

The new platform would also be used to create the production version of the Centoventi concept, which will probably be called Panda. Just like the third-generation 500, it would be fully electric.

Unlike the current 500 – which is manufactured in Tychy, Poland – the new one will be produced at the Mirafiori plant, in Turin. While FCA pumps out more than 200,000 units of the regular 500 in Poland, it plans to build 80,000 electric 500 in Italy.

According to Autocar, Fiat expects to sell the urban EV for around €32,000, or a little less than $35,000. How far will it go? How fast will it be? We’ll have to wait for the official press release to know that, but the looks are right in front of your eyes. Tells us what you think about it right below.