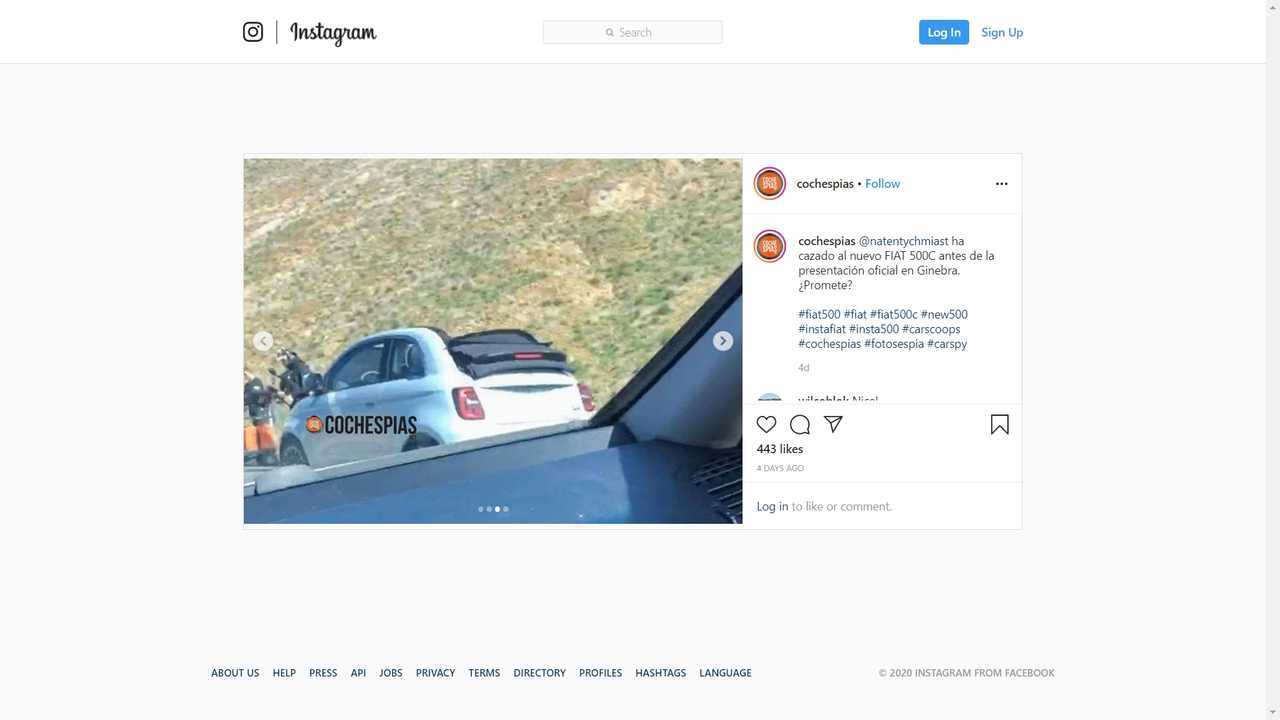 Cochespias.net showed images of what was likely the press pictures photoshoot.

It is an irony that automakers sometimes reveal their newest vehicles while making pictures that are supposed to be embargoed. That has happened very often, and it seems to be the case again with the third generation of the Fiat 500. Its convertible derivative, called 500C, was in a photoshoot, possibly for press pictures, when the natentychmiast Instagram user made the picture above. And some more you can check at the Cochespias.net post embedded below.

According to the text on that post, she has hunted down the 500C and revealed it before FCA was able to show it at the Geneva Motor Show. Which is right around the corner, by the way, so we may see more uncovered images of the new urban car emerge pretty soon.

While some say the new platform will be used for ICE-powered versions and the fully-electric one, Autocar says the new 500 will be an electric-only car. The combustion-engined versions would remain on the current platform. In other words, the old 500 will still be on sale with updates. The new one will rely solely on a battery pack.

The new platform would also be used to create the production version of the Centoventi concept, which will probably be called Panda. Just like the third-generation 500, it would be fully electric.

Unlike the current 500 – which is produced in Tychy, Poland – the new one will be manufactured at the Mirafiori plant in Turin. While FCA pumps out more than 200,000 units of the regular 500 in Poland, it plans to produce 80,000 electric 500 in Italy.

The images released by natentychmiast and Cochespias.net show a 500C that is clearly different from the current one. The taillights may seem the most noticeable change, but the beltline also presents a bulkier shoulder. The rear-view mirrors are now mounted where the A-pillars meet the beltline instead of on the door sides.

According to Autocar, FCA expects to sell the urban EV for around €32,000, or a little less than $35,000. That implies it will present a premium profile to appeal to US buyers as well. For a tad more, they could have a Tesla Model 3. FCA must already have that in mind.