Scientists Cook Up Better Batteries With Corn And Potato Starch 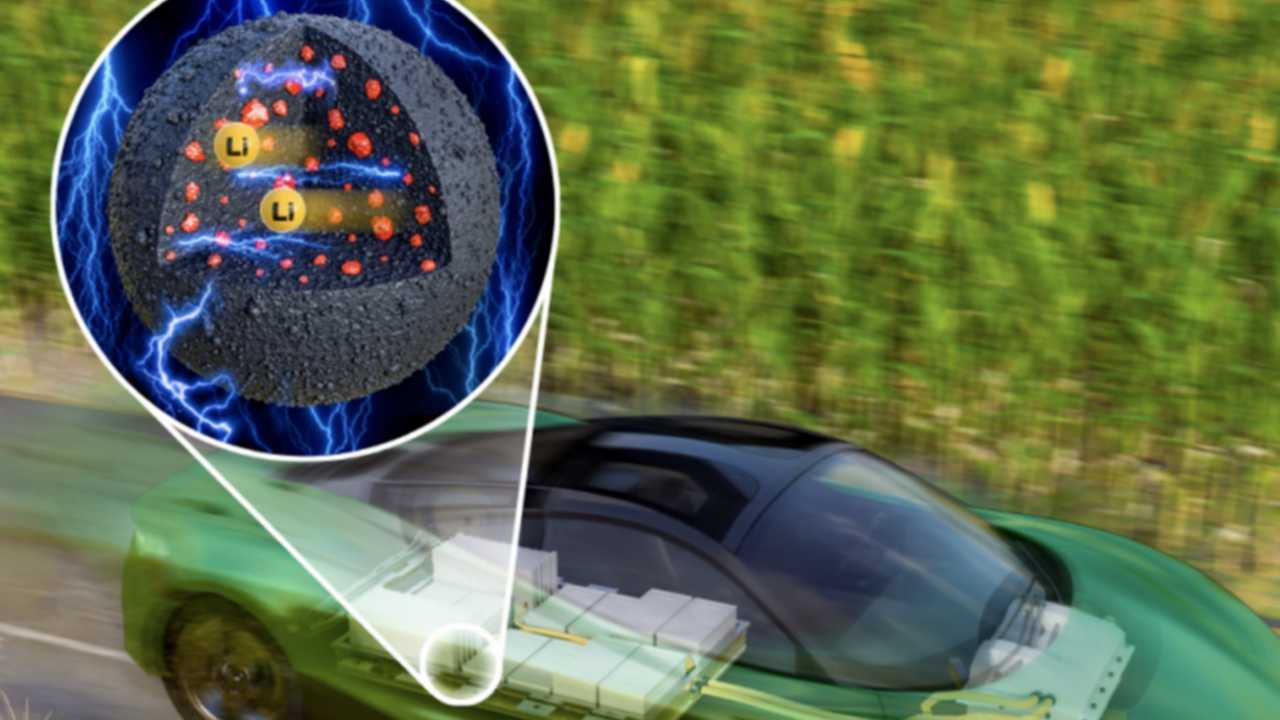 It has to do with making silicon anodes more stable and resistant to swelling.

There are fantastic materials for creating batteries. The problem is that some of them swell too much when charging or discharging. That damages the cell structure and kills the battery. This is why we still have not seen a silicon anode in production so far. Yet, researchers from the Korea Institute of Science and Technology (KIST) may have solved this for good with a simple recipe that involves corn and sweet potato starch.

The research team led by Dr. Hun-Gi Jung dissolved starch in water and silicon in oil – the study does not mention which kind of it, possibly corn oil. These two compounds were then mixed and heated, or, to be more specific, fried. That allowed the researchers to produce a carbon-silicon composite that firmly fixes both the carbon and silicon.

What To Expect From The Tesla Battery Day? This Video Tells Us All

This electric tempura may not look very tasty, but batteries will undoubtedly dig it: the silicon anode that results from this cooking does not expand during charge and discharge cycles. The researchers state it retains a stable capacity for more than 500 cycles. And that does not sum up the good news.

The material more often used to make anodes is graphite. Silicon has ten times the energy storage capacity of graphite. The new silicon anode also allows the battery to charge to more than 80 percent of its capacity in 5 minutes. It also has an energy charge capacity more than four times higher than that of graphite: from 360mAh/g to 1,530mAh/g.

The South Korean researchers conclude that the carbon spheres prepared with corn and sweet potato starch can prevent the silicon swelling. That – along with the rearrangement of the silicon structure and a highly conductive carbon – resulted in a high output. This is what Dr. Jung had to say:

"We were able to develop carbon-silicon composite materials using common, everyday materials and simple mixing and thermal processes with no reactors. The simple processes we adopted and the composites with excellent properties that we developed are highly likely to be commercialized and mass-produced. The composites could be applied to lithium-ion batteries for electric vehicles and energy storage systems (ESSs)."

That is so promising we cannot help but salivate with the perspective of having this new technology on EV battery packs. We only hope this plate is served as soon as possible.