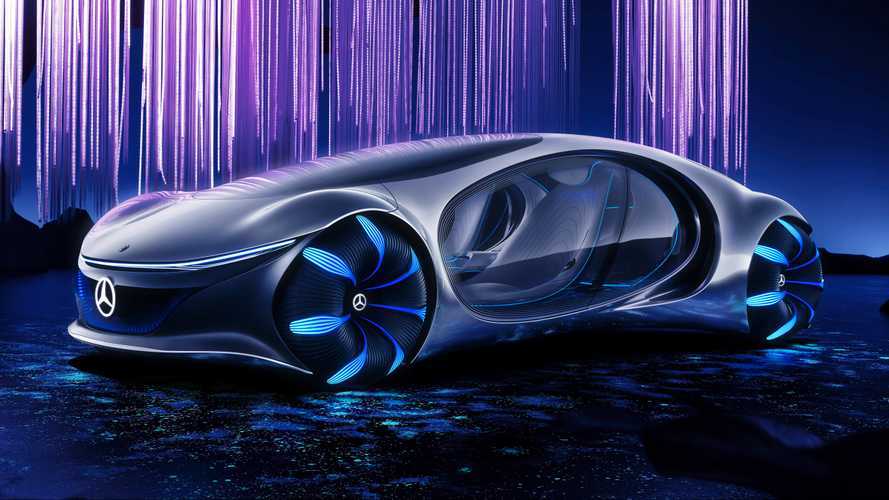 It’s a radical looking concept, inspired by the first Avatar movie, fit for a role in the upcoming sequel

Nowadays, automakers are blurring the lines between the concepts we’d classify as design studies and the ones that are close-to-production prototypes. But there’s nothing even remotely production-like about the Mercedes-Benz Vision AVTR (which stands for Advanced Vehicle Transformation), created by the automaker in collaboration with the team behind the Avatar movies.

During its reveal at the Consumer Electronics Show (CES) 2020, the study was presented on stage by legendary director James Cameron who described the Vision AVTR as “ a living creature. “ And you can definitely see what he’s on about: its shapes are flowing, organic and it doesn’t look like it came out of a factory; it instead looks like it popped out of a cocoon many miles beneath the ocean’s surface.

As a design exercise, it has to be said the AVTR is remarkable. In truth, it only vaguely abides by Mercedes’ current design direction, although it could be seen as an even more extreme interpretation of the Vision EQS concept. It doesn’t preview any particular model - it was created in order for Mercedes to piggyback on the hype buildup for the Avatar movie sequel and showcase its vision for sustainability.

What Avatar gets out of this is a cool looking futuristic car that increases awareness that a second movie in the series is in the works (and slated to premiere sometime in late 2021). What we get out of this is a really pretty, vaguely-Mercedes-like design study to ogle at. In truth, it might even show up in the actual Avatar 2 movie, even though it will be set on an alien planet with no paved roads - but we’re sure they will find a place to show it off somehow, if that’s what they want to do with it.

Aside from being interesting to behold, the Mercedes Vision AVTR packs some cool pieces of tech too. For instance, it has 33 flaps where the rear screen would have been and they move up and down according to what the car is doing, in order to improve the car’s aero and they are also backlit in order to look extra striking.

The car’s wheel housings have cool faux light-up spokes and they also allow the car to move sideways by around 30 degrees. This, according to the official press blurb, “ gives the concept vehicle a reptile-like appearance and high agility in its movement.”

So even if to us this looks like a pure concept, Mercedes treats it as a real car. The official information even mentions its power output is a combined 470 horsepower and its range is 435 miles (700 kilometers). Step inside the Vision AVTR, and you will not be greeted by a steering wheel - you interact with the vehicle by placing your hand on pulsating central controller and information is displayed on a massive screen that follows the contour of the dashboard.

Making menu selections is done in a novel way. It is “ projected onto the palm of the hand allows the passenger to intuitively choose between different functionalities. “ It’s also worth mentioning that Mercedes is promoting this study as a zero-impact vehicle, which means it’s free of rare earths and metals, but it’s entirely made of composite materials and therefore fully-recyclable.