It seems this is all about free money for Tesla and we're not certain it's even a good idea.

As the end of the year approaches and Tesla is pushing hard to appease owners, deliver a record number of cars, and show a Q4 profit, the Silicon Valley automaker has just added an "Upgrades" feature to its newly updated mobile app. This allows owners to see which upgrades they've already received and/or paid for, along with making it easier to purchase new upgrades.

The updated Tesla Mobile App comes in tandem with an option to buy better acceleration for Model 3 Long Range (dual-motor) vehicles. This "Acceleration Boost" aims to reduce zero-to-60-mph times from the current 4.4 seconds to just 3.9 seconds. 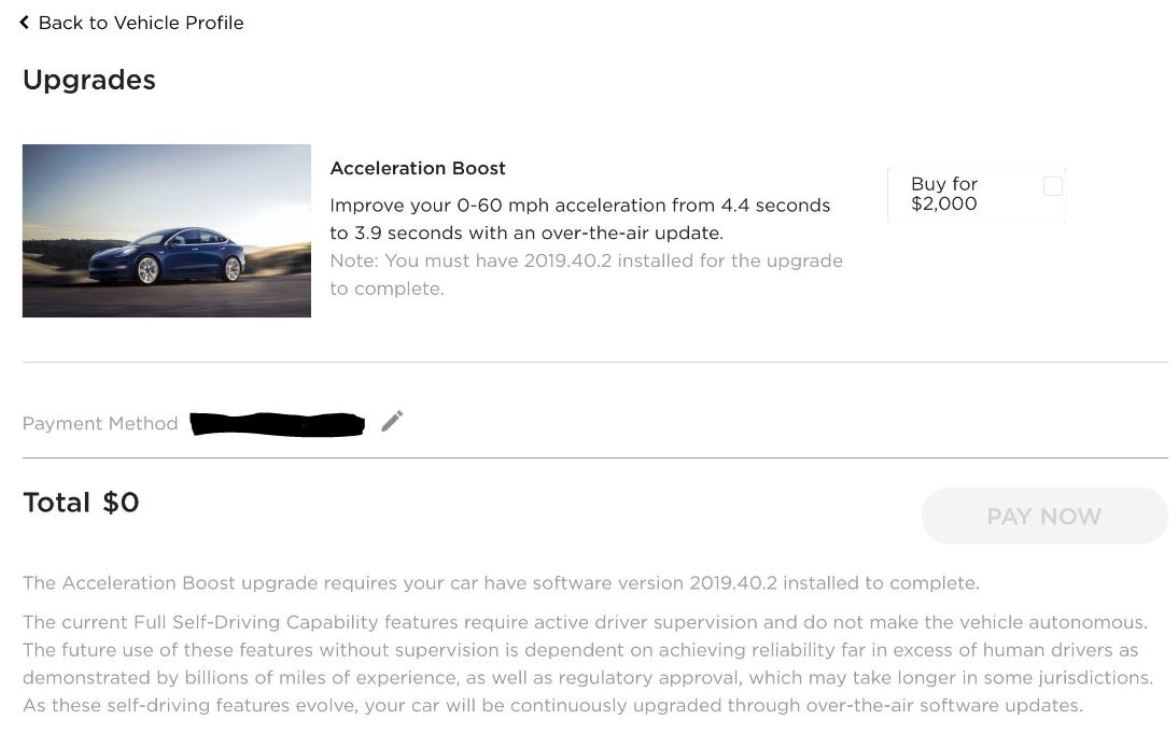 For just $2,000, your "go fast" Model 3 Long Range (AWD) can accelerate even quicker. Some are arguing that this is just Tesla working to reel in free money prior to the end of the year. Others assert that Tesla's vehicles are quick enough and this is unneeded.

In addition, as Teslas are already arguably "too fast" off the line, an update like this could just add to the problems of some drivers taking too much advantage of the Model 3's extreme off-the-line acceleration, so much so that it could lead to more issues, accidents, crashes into buildings, etc. etc.

That said, what if Chevy offered an over-the-air update to make its Corvette even faster or Ford made its Mustang ludicrously quicker? The automotive world would be arguably super excited, right? Since we all need a car that offers ridiculously fast acceleration to use on public roads.

Check out the video above for details surrounding why this Tesla owner is not going to buy into the acceleration boost update. Unless you're making a living racing your Tesla, why in the heck would you want to pay for this? Let us know what you think. Do you own a Model 3? Are you buying the boost? Why so or why not?