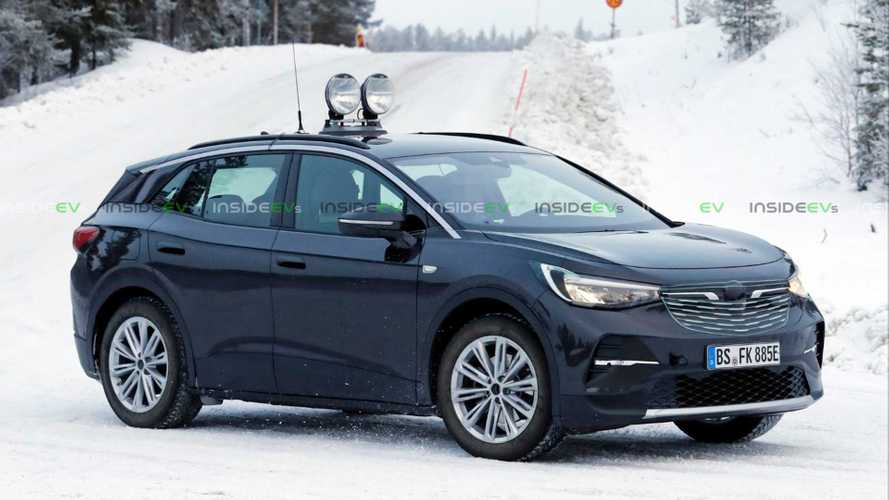 Volkswagen ID.4X is entering a new phase of development - the next iteration of the prototypes are tested on snow.

A Volkswagen ID.4X all-electric prototype (inspired by the I.D. CROZZ concepts from 2017) was recently seen during winter tests, equipped with stickers making it look like an Opel, instead of camouflage.

This new MEB-based model of crossover/SUV is expected on the market in 2020 right after the Volkswagen ID.3. Compared to ID.3, it will be all-wheel-drive and, of course, noticeably bigger.

The new photos prove that work on the ID.4 advances as initially, we saw the ID.4 hidden under a VW Tiguan body with a slightly longer wheelbase.

We are not yet entirely sure about its name - ID.4/ID.4X (also probably different in China), but it's poised to be one of the top-selling ID. models.

Here is what else we know from the spy report: