Nasser Project: An EV Will Come To Life Because A Car Writer Died 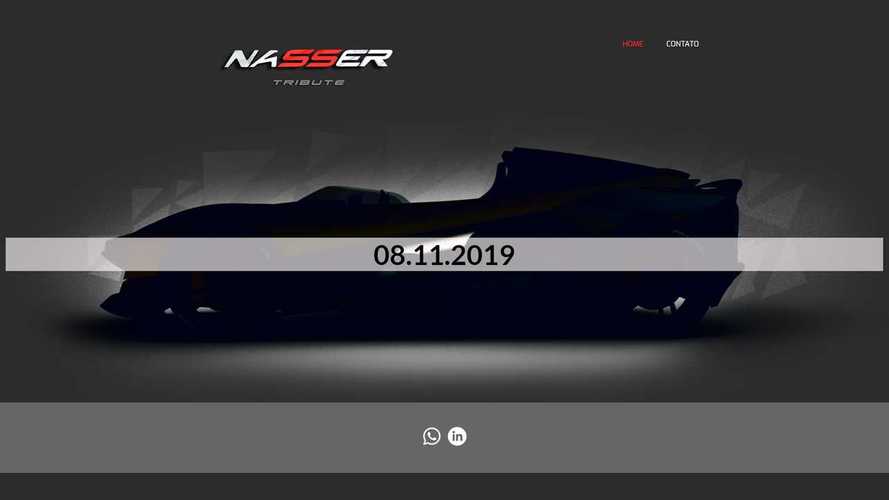 Roberto Nasser liked classic and sports cars, but he would surely be flattered with this EV.

If José Roberto Nasser were born in an English-speaking country, you would certainly have already heard of him. He didn’t, what did not prevent him from being one of the greatest motoring writers Brazil ever had. And one of the most generous guys this author has ever met. João Paulo Melo also has good memories from him, but he chose not to share them with words, like me. He does that by designing cars, such as the Nasser Project. This electric kit car that will be presented one year after our friend died, next November 8.

The truth is this kit car will accept any sort of propulsion the owner wants, but we like the idea that some will choose to put motors instead of an engine on the Nasser Project. The late journalist loved cars, but especially classic ones. He even created a museum to preserve the history of the Brazilian automotive industry.

The video below, unfortunately only in Portuguese, shows him in a London To Brighton adventure in 1998. The video identifies him, but he was this gentleman with the red scarf. He went to London with Boris Feldman, another admirable car writer Brazil still has.

Melo’s idea with the kit car is to produce it with companies that already take care of other kit cars, exclusively for track days. To make its revelation a proper tribute, he preferred to keep most of the project’s details for the same day Nasser took his last ride in this world. We will then tell you all about the future EV. A vehicle that will only run because Nasser’s heart decided to stop.

Melo has some other projects, such as the Berlineta, a sports car that he suggested to Renault in Brazil back in 2006. His idea was to produce a new Willys Interlagos, a vehicle most Europeans know as Alpine A108, superseded by the A110. In 2017, Renault brought the Alpine A110 back to life.

To help Melo talk to investors, Nasser wrote the text below:

In the years I have been following – with interest – the evolution of the project to rescue the myth of Berlinetta Interlagos by João Paulo Melo, I have come to admire the courage of the young graduate in showing a product path longed for by the market. Improvements, evolution, difficulties, hopes, the strength of the idea moves him forward. In this year of 2016, with the country's crisis and its reflections on the auto industry, the Alpine re-launch, with the same objective by the French Renault, the São Paulo Auto Show, all these happenings set the tone, beckoning opportunities to those who have the courage to lift their heads. It would be comfortable for John to be in the Navy, but the flame of a designer with good perspectives entices him to become a good pirate. May the courage of investors overcome the comfort of losers' mediocrity.

Again, it is a pity Nasser never wrote in English to reach the wider audience he deserved. To compensate that, Melo’s universal language will help people all over the world know who Nasser was. And probably thank him for the gorgeous project he has helped create even without his physical presence.