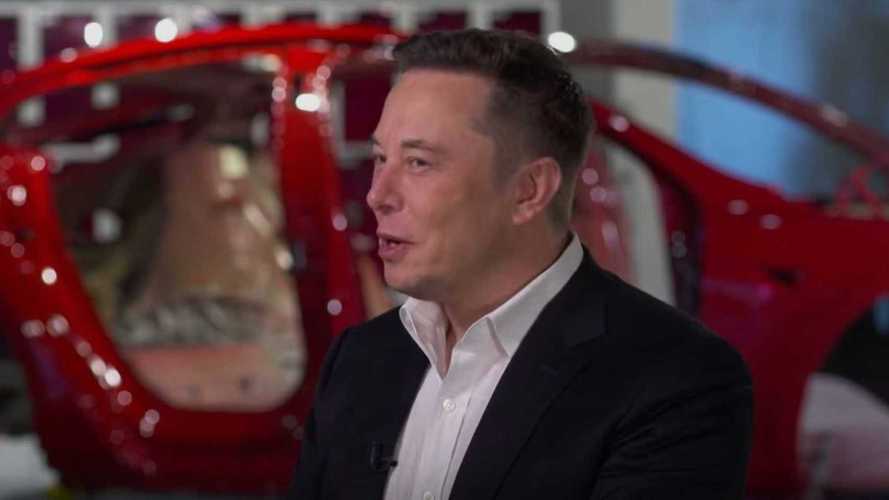 It comes as no surprise employees share positive and negative impressions of the popular CEO.

Like most movers and shakers in history, Tesla CEO Elon Musk is a complicated figure. There’s been no shortage of “What’s it like to work with Elon?” articles. Many of them have a predetermined premise: fans find him to be a wise and inspiring leader, an out-of-the-box thinker; the anti-EV crowd is eager to paint a picture of an impulsive, hot-tempered prima donna.

Can We Really Measure The Power And Impact of Elon Musk's Tweets?

This year, we’ve seen a couple of contrasting public assessments of Musk’s leadership. He was named the most inspiring leader in the tech industry in a survey of 3,600 tech workers conducted by the career marketplace Hired (as reported by Business Insider). On the other hand, he fell out of job-review site Glassdoor’s ranking of the top 100 CEOs, after ranking 49th in 2018 and 8th in 2017 (based on ratings by SpaceX employees).

Regardless, according to tech career information firm Dice Insights (via Teslarati), Tesla still maintains an edge over old-guard automakers like GM when it comes to their ability to attract software engineering talent. And it turns out that hiring at Tesla is up 33% since June.

Above: In a recent survey of 3,600 tech professionals, Elon Musk topped the list as “most inspiring” leader in tech (Chart: IEEE Spectrum via Hired)

Mark Matousek, writing in Business Insider, recently added another entry to the corpus of what’s-he-like pieces, this one a collection of comments from former Tesla employees who had extensive contact with Musk.

The Tesla employees interviewed by Business Insider shared both good and not-so-good impressions.

It’s no surprise that many of them commented on his brain power. “He’s highly intelligent. He’s already 10 steps ahead of you,” said a former manager. “You have to think 10 times more audacious than he does to be able to be successful.”

Above: A handful of Elon Musk's success hacks (YouTube: Inc.)

Several employees told BI that Musk’s example helped them to improve their own performance. One said that 90% of the time he disagreed with Musk, he later realized Musk was right. “I feel like I’m 10 times smarter now than when I first joined.” Musk’s legendary energy level - he has said that 85 hours of work per week is the optimum amount - is also “very contagious.”

A couple of former senior employees noted Musk’s responsiveness to social media, saying that he would sometimes change priorities in response to a customer’s social-media post. “What ultimately triggers him to act and make a decision is what he reads on social media,” one of them told Business Insider. “When you’re in a business meeting with him, he will pivot the direction of the organization literally overnight. So manufacturing could be a problem today, and as soon as it stops being reported on social media, as soon as it stops being reported in the news, then he’ll move on to whatever the news is claiming the new problem is.”

Musk has always been famous as a micromanager - during the design of the Roadster, he had strong opinions about details such as the headlights and the seats. Three former senior-level employees told BI that Musk didn’t give them much autonomy: “There was only one decision-maker at Tesla, and it’s Elon Musk.”

Another Muskian trait that’s no secret is his tendency to set overly ambitious goals - he’s admitted that he’s always had problems with time. One former manager told BI that Musk would sometimes set “unrealistic stretch targets without a realistic plan in order to achieve them.”

Like most high-achieving leaders, Musk has high standards, and he can be ruthless to those who can’t keep up. As noted above, this can be a positive thing, inspiring others to raise their games, but it also has a dark side. A couple of former employees told Business Insider that they were afraid to tell Musk they disagreed with him. One said he feared attracting the great man’s attention, which he compared to the Eye of Sauron. “Because of the pressure that he puts on his entire executive team, his senior leadership team, even if they have the experience, they wouldn’t dare speak up against him,” said another.

Perhaps those who fear Musk (a group that surely also includes many in the auto and oil industries) can take some consolation from learning that he himself is no stranger to fear. “I feel fear quite strongly,” Musk said in a 2014 interview with Auto Bild. “But if what I am doing is important enough, then I just override the fear.”