This Tesla Owner's Fascination Resulted In An Amazing Newsletter 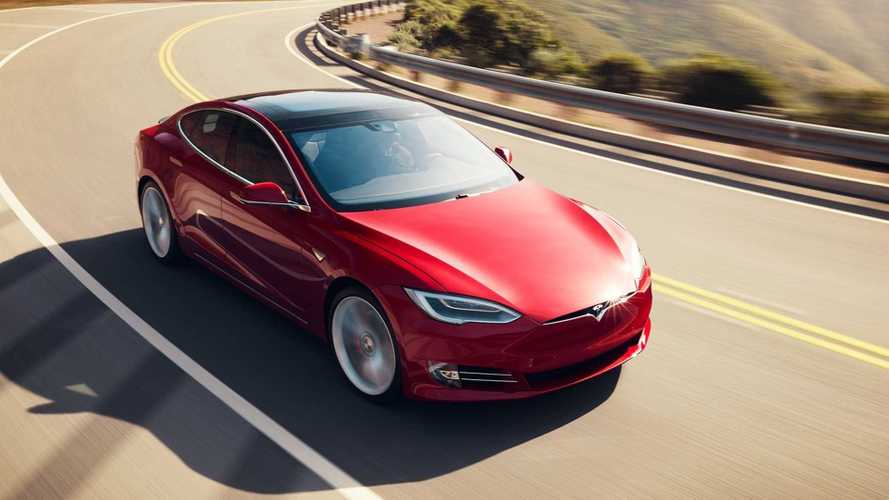 If you haven't checked out Tesletter, you're missing out.

For quite a few people, their Tesla obsession starts way before purchasing a Tesla, or even without purchasing one. In my case, it started a month after we got our Model S. My family and I were in Spain for the holidays when I got a push notification about a new firmware update. I was far away from the car so I wanted to know more about what was in the update. I started reading everything out there about Tesla on Reddit, Twitter, EV sites, you name it. Soon enough, I found myself spending more than eight hours a week reading about Tesla; it was fascinating!

I kept on going back to the Internet with more questions. When’s the next software update? What’s in it? Is there going to be a local Supercharger soon? I kept on getting answers and learning new things about my car that I hadn’t even thought possible. Eventually, I became a Tesla maniac. I had become obsessed with new purchases before, I’m that type of person — but I had never spent so much time reading about any other piece of technology I’d owned. This was a first.

Once I started learning more about Tesla’s mission and getting involved in the community, it all clicked, it felt right.

Before I get into how my Tesla obsession ended up becoming a weekly newsletter, let me share how much our family enjoys driving a Tesla.

As Elon said, cars provide freedom to travel and in my case, I love enjoying that freedom with my family. Did we go places with our ICE car? Yes. Were we having this much fun during the driving part of the trips? Certainly not.

Our Tesla is so popular in the family that while my wife was on maternity leave, she would go to the closest Supercharger to breastfeed our baby while charging the car.

And our daughters’ faces and laughs when we use Tesla’s instant torque… priceless. They keep on asking for more. Our 4-year-old doesn’t understand why other cars (like our second car) need to go to a gas station and why it can’t just charge at home. She was really surprised when she learned that not all cars are electric, and she doesn’t understand why people have gasoline cars that “smell so bad” — her words, not mine.

Above: Mar and Layla, my daughters, driving their Tesla (Photo: Ignacio Andreu)

A few months ago I even got a chance to meet Tesla’s Andrej Karpathy in person at the Neuralink event in San Francisco. I really admire him (I even designed a t-shirt as a tribute to him and the rest of Tesla's senior team), so it was incredible to connect with him in person.

Above: Me with Andrej Karpathy at the Neuralink event in San Francisco this summer (Photo: Ignacio Andreu)

In any event, one day my wife said I should do something productive with all that non-stop Tesla reading. “You could save hundreds of hours of reading for others, you know?” I thought, “Why not?” And that’s how I came up with the idea of sending a weekly newsletter with the best articles of the week. She said she’d put together the email every week, I only had to collect the most interesting pieces that I read that week, which I was doing anyway, so we went for it. And just like that, Tesletter was born.

It just happened that when we were ready to send out our first issue, my wife was about to give birth to our second daughter. Layla was born three days after Tesletter’s issue #1 was sent.

Since then, a lot has happened. We reached 500 subscribers in just two months, the same amount of time in which our baby girl gained 3.5 lbs.

Fast forward to the present, and, we’ve sent almost 80 issues of our newsletter, reached 3,000 subscribers, and just passed 4,000 followers on Twitter. If you speak Spanish, I’ve also started EsTesla with two friends, it’s a weekly podcast where, instead of talking about Tesla news, we share our experiences as Tesla owners to help educate others about owning and driving a Tesla.

For me, the best compliment is when people tell us that even though they read a lot about Tesla and are very active on social media, they still discover one or two links they had not seen that week and are interesting to them. That’s a satisfying metric for me to personally measure success.

I love making Tesletter. It’s really rewarding when people tell us how much they like Tesletter or what new thing they just learned because of it. These little things are so motivating. If you’re not a subscriber yet, consider subscribing at: https://tesletter.com.