We love to see these hit and run accidents resolved.

A Tesla Model 3 owner witnessed and recorded a hit and run incident in heavy traffic on the freeway in Washington. As you can see based on the Tesla dashcam (TeslaCam) video shared on Reddit, two cars collide. While one pulls over to the shoulder, the other just drives away. We've embedded that video at the bottom of the article. 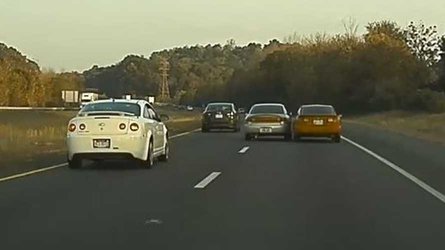 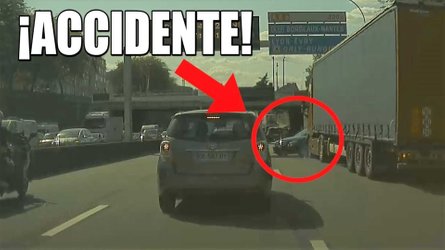 Unsolved crimes and accidents cost a ton of time and resources. Some people argue that there should be more surveillance cameras in our lives. Imagine if there were simply cameras everywhere. First of all, people might be more careful if they know they're being filmed. Second, there would be a better chance of solving crimes more readily.

Many people argue against such an idea. They want their privacy. They don't want to feel like "Big Brother" is watching them. Moreover, there's a lot involved in installing all the cameras, having a place to store all the footage, and having the resources to watch it all when necessary.

Tesla's built-in dashcam offers a small solution, at least in terms of capturing vandals, car thieves, and reckless drivers on camera. Once the time comes that most cars on the road have this type of standard technology, you'd better believe that many more crimes and accidents will be more easily solved.

In this particular case, you can a Toyota Prius merging in front of the Model 3 that's capturing video. The Prius driver attempts to merge over one more lane and ends up hitting another car. It appears both cars have some damage, but the impact doesn't seem bad enough to have caused any injuries. As the one driver pulls safely to the left shoulder, the Prius just continues driving ahead as if nothing happened.

Reportedly, the dashcam footage was handed over to the local police who were able to find the Prius driver. The driver's insurance had to pay for the damage.AMP Validation error!